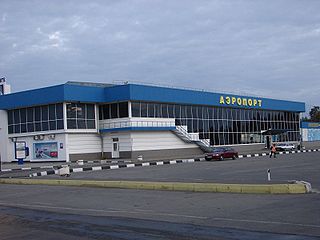 Indra has secured a contract to install its air traffic control system in Ukraine’s Simferopol Airport.

Indra’s new system will support en route air traffic management in the region allocated to Simferopol, as well as approaches to the airport and tower service.

The automated management system is already in operation in Dnipropetrovsk, Donetsk and Kharkiv, and will facilitate the handling of a greater volume of air traffic from Simferopol, while improving safety and efficiency.

It will also enhance coordination with other control centres that use the technology in Ukraine and neighbouring countries, making it possible for the exchange of air operation information.

"Indra’s new system will support en route air traffic management in the region allocated to Simferopol, as well as approaches to the airport and tower service."

Indra, in partnership with UkSATSE, has previously equipped various control centres and airports with its system, and the latest contract has strengthened its relationship as UkSATSE’s technology provider.

It also installed an air surveillance radar in both Simferopol and Dnipropetrovsk, and equipped Donetsk Airport with a surface radar that allows it to run operations in adverse weather and low visibility.

Indra is a supplier of air traffic management (ATM) systems, and has completed over 3,000 installations in more than 140 countries.

In Europe, Indra is one of the leading companies in the SESAR R&D project, which supports the development of the future single sky on the continent.