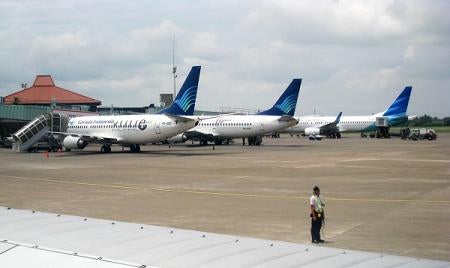 Indonesia is all set to get a new airport with construction works expected to commence next year, according to government officials.

A spatial plan review of the new Karawang International Airport project is likely to be completed soon and the potential investors will be consulted in 2014, following which the construction work will start immediately, according to local media.

Indonesia’s air transportation director-general Herry Bakti Gumay was quoted by the Jakarta Post as saying that it is not possible to wait any longer because the growth of the aviation industry is twice as large as the economy.

"We need more infrastructure. We expect to begin market sounding to investors in the first or second quarter of 2014 so that we can construct it immediately," Gumay added.

The new airport will be established in several phases, and will feature four runways and two jumbo terminals. It will handle 70 million passengers per year at full capacity.

"The construction of the new airport was slated to begin this year, however it was delayed due to the final review."

The new airport, which will be located approximately 50km east of Jakarta, is being established to lower the pressure on Jakarta’s Soekarno-Hatta International Airport, which has been operating over capacity.

Although an expansion project is underway at Soekarno-Hatta International Airport, there has been a double-digit growth in passenger numbers in Jakarta, which has made it necessary to establish a new airport.

The construction of the new airport was slated to begin this year, however it was delayed due to the final review.

Soekarno-Hatta will also reach a capacity of 70 million, which will significantly strengthen the connectivity of Jakarta.

Image: Indonesia’s Soekarno-Hatta International airport is currently operating at more than double its intended capacity of 22 million passengers per year.