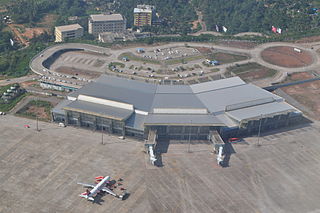 Airports Authority of India (AAI) has secured approval from the Directorate General of Civil Aviation (DGCA) to roll out a new air traffic management (ATM) system at Mangalore International Airport in the state of Karnataka.

The new ATM system, ‘AirCon 2100’, will improve the safety of air traffic control operations at the airport.

Supplied by the Spanish company Indra, the system has been put through a thorough safety assessment and extensive testing in ‘shadow mode’ before commissioning begins.

AirCon-2100, which is in line with the International Civil Aviation Organization’s standards and recommended practices in air traffic management, will offer information on air movements from radar to air traffic controllers.

"The new ATM system, ‘AirCon 2100’, will improve the safety of air traffic control operations at the airport."

AirCon-2100 has the capacity to process information from other radar feeds and display at Mangalore Airport in order to expand the radar coverage area.

The controllers receive warnings at times when there is potential threat to the safety of aircraft.

The control tower can check aircraft profiles during the approach and landing and warn the pilot if the flight is dangerously positioned while reaching the runway.