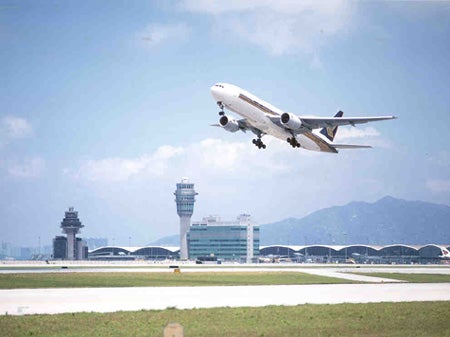 Hong Kong International Airport (HKIA) in China reported a 7.7% rise in its passenger traffic during July 2013 to 5.4 million, compared to 5.02 million handled during the corresponding period in 2012, beating the previous record of 5.2 million served in August 2012.

According to the airport operator Airport Authority Hong Kong (AAHK), domestic traffic was mainly responsible for the rise in traffic in July 2013, reporting 14% rise year on year, while passenger traffic to/from South-East Asia and Mainland China surpassed other major regions.

"It showed that an increasing number of passengers has chosen our ferry services to travel between HKIA and the ports throughout the Pearl River Delta region, and that our combined air-sea transport services are enhancing HKIA’s competitiveness as a hub airport," Hon-chung said.

"In July, HKIA’s extensive flight destination network was further expanded with the launch of a twice-weekly service to Ordos, Inner Mongolia by Air China.

"A thrice-weekly Hong Kong-Tainan service was also introduced by China Airlines, providing more convenient travel to the Tainan and Chiayi regions of Taiwan."