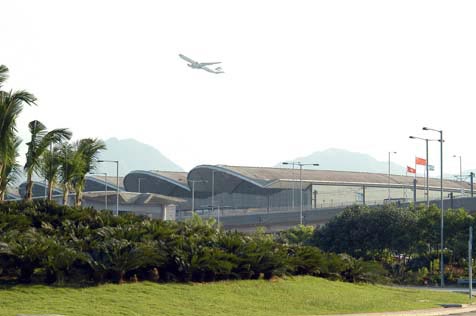 Passenger traffic at Hong Kong International Airport (HKIA) increased by 4.1% in May 2013 to 4.7 million compared to 4,527,000 passengers served during the corresponding period in 2012.

The rise in passenger traffic was mainly due to a 7% year-on-year growth in visitor traffic and a 10% rise in domestic traffic, while the airport also witnessed strong passenger traffic to/from South East Asia and Mainland China.

According to the airport operator AAHK, the cargo traffic growth at the airport was mainly due to 1% and 4% rises in exports and transhipments respectively during the period, with cargo throughput to / from North America outperforming other major regions.

During the consecutive 12-month period, HKIA reported 3.6% and 3.5% growth in passenger traffic and aircraft movements to 57.4 million and 4.06 million tonnes respectively, with its flight movements rising by 4.8% year-on-year to 358,290.