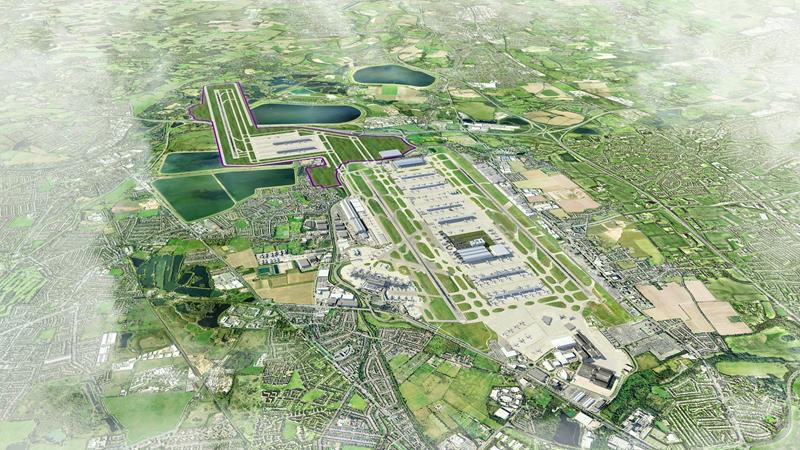 London Heathrow Airport has submitted three options for a new runway, claiming that each of them would be ‘quicker and cheaper’ than a rival hub airport.

Heathrow’s options include a runway to the north, north-west or south-west of the existing facility, which, if built, would increase the capacity from 480,000 flights per year to 740,000, while serving 130 million passengers.

Out of the three options submitted, the airport favoured an expansion towards either the southwest or northwest on practical grounds, which it said could reduce noise pollution as planes would not have to fly so low over the UK capital.

Heathrow chief executive Colin Matthews said that the UK desperately needs a single-hub airport with the capacity to provide the links to emerging economies, which can boost UK jobs, GDP and trade.

"It is clear that the best solution for taxpayers, passengers and business is to build on the strength we already have at Heathrow," Matthews said.

"Today, we are showing how that vision can be achieved whilst keeping the impact on local residents to an absolute minimum."

The three options have been submitted to the Airports Commission led by ex-Financial Services Authority chairman Sir Howard Davies, which would give its report in 2015 on the best way to maintain the UK’s connectivity.

According to Heathrow, proposals could offer extra capacity between 2025 and 2029, compared to new capacity being proposed at Stansted and a new Thames Estuary hub, which could only be commissioned from 2032 and 2034.

"The UK desperately needs a single-hub airport with the capacity to provide the links to emerging economies, which can boost UK jobs, GDP and trade."

Heathrow, which expects a third runway would offer gains of £100bn to the UK, estimates that adding capacity would cost around £14-£18bn while a new hub would cost £70-80bn.

According to the airport, the third runway would require £4bn to £6bn of public money compared to £25bn if London Mayor Boris Johnson’s plan is approved.

The airport preferred a constellation system of three London airports; keeping Heathrow open, instead of adding a runway at Gatwick, and Stansted.

The plan from Heathrow comes after the London Mayor’s proposals for a new four-runway hub airport in the east or north of the UK capital as an alternative to Heathrow.

The Mayor also proposed that the UK government should acquire Heathrow Airport for £15bn and transform it into a housing and commercial scheme.

Image: Heathrow airport favoured the addition of runway at either the southwest or northwest of the facility. Photo: courtesy of LHR Airports Limited.