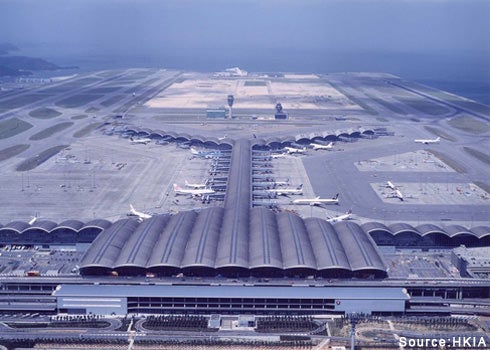 Passenger traffic at global airports rose by 1.8% during April 2013, compared to the corresponding period in 2012, according to the Airports Council International’s (ACI).

During the April, international air passenger traffic increased by 2.4%, while domestic traffic rose 1.3% compared to April 2012.

The Middle East and Asia-Pacific region reported 10.2% and 4.6% rises in passenger traffic, with North America and Europe reporting a 0.3% drop and 0.4% rise respectively in April, portraying the persisting regional disparities.

During January to April 2013, the Middle East and Asia-Pacific reported 11.6% and 5.8% rises in freight traffic respectively, compared to same period in 2012.

"During the April, international air passenger traffic increased by 2.4%, while domestic traffic rose 1.3% compared to April 2012."

Global air freight traffic during the month rose just 1% with around half of the world’s top twenty air freight hubs reporting declines in air freight volume in April.

During the two month period between May 2012 to April 2013, major airports reported combined growth in air freight volume of 0.4%.

During the initial four months of 2013, cargo traffic at airports in the Middle East posted a 7% rise, while Asia-Pacific reported a 0.6% decline compared to the corresponding period in 2012.

European airports recorded a 2% drop in freight traffic during the month, while aircraft movements also declined 0.4% over April 2012.