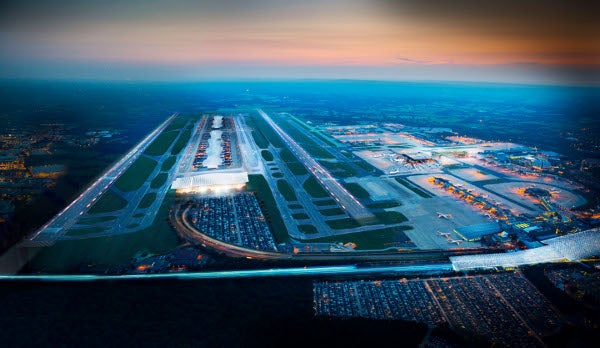 Gatwick Airport has submitted a proposal for a second runway before the UK Airport Commission.

The runway, which could cost between £5 and £9 billion, would be built at the south of the existing airport, and be privately financed.

London Gatwick chief executive Stewart Wingate said that the proposal to the Airports Commission would ensure that the UK has an airport policy that offers the additional capacity it needs, improves the resilience of the airports system and, above all, can be delivered.

"Our evidence shows clearly that an additional runway at Gatwick would best serve the needs of all passengers, and give certainty to airlines, communities and businesses," Wingate said.

"It would deliver the connectivity the UK needs with lower environmental impacts, whilst spreading the economic benefits.

"A two-runway Gatwick, as part of a constellation of three major airports surrounding London, will also provide flexibility in an industry where the only constant is change."

According to the airport, a second runway proposal would offer certainty, less environmental and community obstacles and the best strategic fit for London and the UK, as well as delivering and maintaining better connectivity across London and the South East.

Gatwick Airport has set out three options for configuring and operating the new runway, with the execution of first option would offer s capacity of 60-66 million passengers a year by 2050, while the second and third option offering up to 82 million and 87 million per year respectively.

"The runway, which could cost between £5 and £9 billion, would be built at the south of the existing airport, and be privately financed."

The airport claims that the second runway can be completed by 2025 and the noise could be 5% lower compared to Heathrow’s plan.
Gatwick also said that the number of properties lost due to the runway could be between 50 and 100 homes compared to 950 and 2,700 at Heathrow.

However, Gatwick’s move is being opposed by Gatwick Area Conservation Campaign Chairman Brendon Sewill who said that the new runway was not necessary in the South East, as the Stansted Airport was partially half full, and there was adequate airport capacity to last until 2050.

The commission, which is led by Sir Howard Davies, has been appointed by the UK Government to recommend plans for the expansion of airport capacity in the country. It will issue an interim report by late 2013, while a final report is expected in 2015.

Recently, Foster + Partners and Make have also submitted proposals for a new £50bn hub airport in the Thames Estuary and a new fourth runway at London’s Stansted Airport.