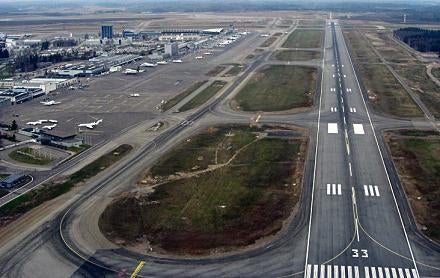 Finavia, the company responsible for Finland’s airports and air navigation services, plans to begin a €900m development programme at Helsinki Airport to ensure good flight connections between Finland and the rest of the world.

The major development programme, which will be carried out between 2014 and 2020, will focus on increasing check-in and transit travel capacity as well as improving traffic arrangements.

The project will enable Helsinki Airport to maintain its strong competitive position in transit traffic between Europe and Asia.

According to the company, while previous investments have helped to increase the airport’s annual capacity to 15 million passengers, it is estimated that about 20 million passengers will be using Helsinki Airport in the early 2020s, which indicates the need for bigger facilities at the airport.

The Helsinki Airport development programme is expected to have an employment impact of 14,000 person-years.

It is likely to create 5,000 permanent jobs in different companies operating at the airport, when the number of passengers using the airport reaches 20 million during the next ten years.

The development programme will commence in Terminal 2 with improvements in the check-in area, and at the same time, the company will begin more detailed design work, and make final decisions on priorities about the new facilities.

As part of the construction of the new infrastructure, which is expected to start in 2015, Finavia is planning to establish a satellite terminal adjacent to Terminal 2 as well as extend Terminal 2 into the areas of car parks P1 and P2.

"The project will enable Helsinki Airport to maintain its strong competitive position in transit traffic between Europe and Asia."

The Finnish government will invest a total of €200m in Finavia, which will allow the company to start the development programme and strengthen its solvency ratio, placing it in a better position to borrow money.

Finavia CEO Kari Savolainen said that new capital will be used for the development of Helsinki Airport so that the company can repay the Finnish government its investment by means of profits generated by the business.

"At the same time, we will also be able deal more effectively with the repair backlog at the most important provincial airports," Savolainen said.

In addition to the development programme, Finavia will take up repair and maintenance work at Helsinki Airport, at its most important provincial airports and in air navigation services.

The work, which will include paving of runways and terminal maintenance, is expected to cost €100m.

Finavia noted that the extension of the airport after 2015 will not have any effect on the existing aircraft noise zones as the changes are not expected to have any impact on the manner in which the runways are operated.