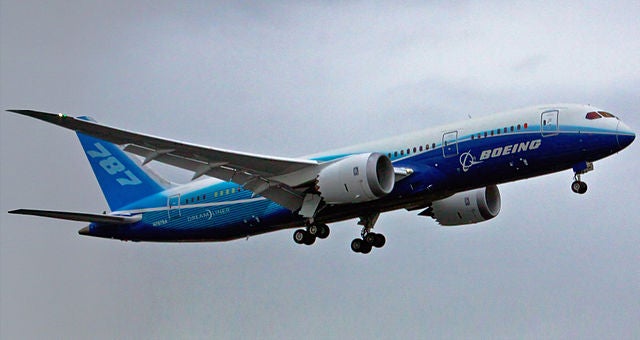 As part of its transformation plans for TCAS/surveillance product line to address NextGen airspace needs, the company first got Integrated Surveillance System (ISS-2100) certified for the Boeing 787 Dreamliner and TCAS and transponder (TSS-4100) for business and regional aircraft subsequently.

With certification for TTR-2100 in place, Rockwell intends to get its TTR-4100 also certified by FAA soon to complete the planned transformation.

The technology has been designed in such a way that airlines can be able to easily replace their existing Rockwell Collins TCAS systems with the latest version.

"We developed the TTR-2100 using a concurrent design approach, meaning we leveraged surveillance technology from across business units and programmes at Rockwell Collins," Timm added.

Image: The system is available for Boeing aircraft as a forward-fit and retrofit solution and it will be available for Airbus and other aircraft types soon. Photo: courtesy of Altair78 (talk).