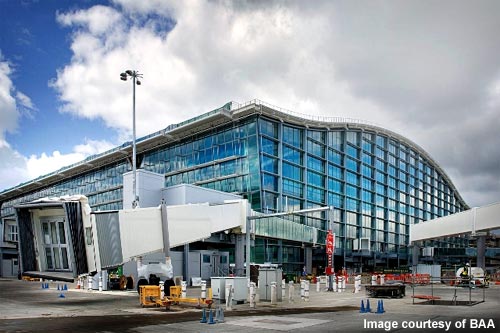 Passenger traffic at European airports rose 1.6% in July 2013 compared to the same month last year, according to a new report from Airports Council International (ACI) Europe.

In July, European Union (EU) airports witnessed a rise in passenger traffic by 0.4%, while non-EU airports reported a 6.8% growth.

Total Freight traffic in July increased by 1.2%, while aircraft movements at European airports were up by just 0.1%, compared July 2012.

ACI Europe Director General Olivier Jankovec said that these figures, while slightly improving, continue to be disappointing, with the pace of air traffic recovery in the EU being almost anaemic.

"This reflects modest improvements in consumer and business confidence, as well as unemployment recorded for July, and further illustrates the fact that the pace of economic recovery is extremely slow and uneven across the continent," Jankovec added.

European airports with passenger handling capacity of over 25 million per year, including Moscow SVO, London LHR, Istanbul IST, Antalya and Amsterdam, collectively reported an average increase of 0.5%, compared to July 2012.

"These figures, while slightly improving, continue to be disappointing, with the pace of air traffic recovery in the EU being almost anaemic."

During July 2013, airports with passenger traffic of between 10 and 25 million, including Istanbul SAW, St Petersburg, Stockholm ARN, Helsinki and Berlin TXL, reported a 3.2% rise in traffic, compared to July 2012.

Passenger traffic at airports that handle between five million and ten million passengers per year, including Bergen, Alicante, Warsaw WAW, Glasgow GLA and Faro, increased by 0.4% during the month of 2013.

Airports serving passenger traffic of less than 5 million each year, including Chambery, Clermont-Ferrand, Tivat, Chita and Aalesund, registered traffic growth of 2.5% in July this year.

In terms of the year-to-date passenger traffic at European airports, comparison with the corresponding period of last year shows an average rise of 1.9%, 2.3%, 1.4% and 0.9% respectively, across the four traffic groups.

Image: European airports with passenger handling capacity of over 25 million per year, including London LHR reported traffic increase of 0.5% in July 2013. Photo: courtesy of BAA.