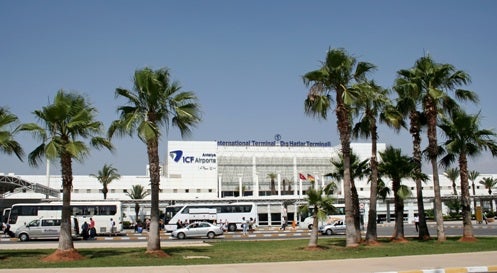 Passenger traffic at European airports rose just 2.2% during August 2012, which suggests an "underwhelming summer season for the air transport sector" according to the latest Airports Council International (ACI) report.

Freight traffic and aircraft movements at European airports both reported a decline of 0.9% during the month.

European airports with passenger handling capacity of more than 25 million per year (Group 1), including Istanbul IST, Moscow DME, Barcelona, Frankfurt and Antalya, collectively reported a 2.5% rise in passenger traffic during August when compared to the same month in 2011.

Airports with a passenger handling capacity between ten and 25 million (Group 2), including Istanbul SAW, Moscow SVO, Berlin TXL, Nice and Geneva, reported a 2.3% increase during the period.

Passenger traffic at airports with a capacity of five million to ten million passengers per year (Group 3), including Bucharest OTP, Marseille, Charleroi, Ankara and Izmir, reported a collective rise of 2.8% in August.

"Freight traffic and aircraft movements at European airports both reported a decline of 0.9% during the month."

European airports handling passenger traffic of less than 5 million per year (Group 4), including Arad, Vatry, Zadar, Sandefjord, and Montchiari, reported a traffic climb of 0.9% in July 2012, up from the same month in 2011.

According to ACI, European airports across the four traffic groups reported respective rises in year-to-date traffic of 2.5%, 2.5%, 2.3%and 1.5% when compared to the corresponding month in 2011.