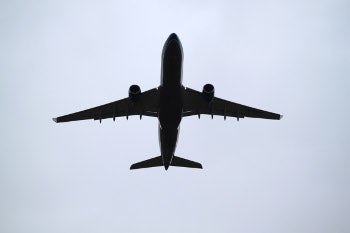 The European Commission (EC) has allocated €600m for research projects to streamline air traffic and reduce congestion across Europe’s airspace.

Funding from the EU will be used for the development of new technology for European Single Sky, which aims to reform airspace management in the continent and double its capacity, as well as reduce to air traffic management costs by half.

As part of the Horizon 2020 programme, under the EU’s new Multi-Annual Financial Framework, the research will help to address the capacity crunch as the number of flights in the region is expected to increase by 50% over the next ten to 20 years.

"If we leave things as they are, we will be confronted with heavy congestion and chaos in our airspace," Kallas said.

"On the ground, airports will be so crowded that there will be two million flights unable to take off or land. Increased congestion brings with it increased safety risks, as well as delays and real economic costs."

According to EU estimate, inefficiencies in the fragmented airspace in the region add €5bn to airlines and air travellers per year, increasing 42km to the distance of an average flight.

As part of the project, EC will also work on optimising ground traffic management that enables safe access to and from the runways in all weather conditions.

Over 2,500 ATM specialists will be employed to work on issues related to ATM, as well as development and validation activities, such as carrying out largescale demonstrations.

The funding will be complemented by funding from SJU members, which will increase the total budget to €1.6bn.

European Commission vice-president Siim Kallas said that the benefits of a truly European air traffic management are clearer than ever.

"But without the technology developed by the SESAR JU, we would not be able to make the Single European Sky, with fewer delays and less pollution a reality," Kallas said.

"And exporting the technology developed here will put us in a strong position in this major sector of global air transport."