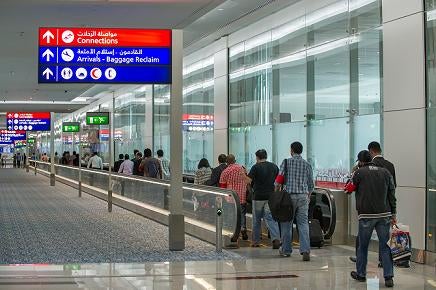 Dubai International Airport recorded passenger traffic of 5.66 million passengers in October 2013, up 15.1% compared with 4.92 million during the corresponding period in 2012.

According to the traffic report by operator Dubai Airport, October 2013 was the airport’s tenth consecutive month with more than five million travellers.

"Our more-than-five decade track record for growth is not only set to continue but get better."

Dubai Airports CEO Paul Griffiths said: "The record aircraft order at the Dubai Airshow 2013, a considerable part of which was placed by Emirates airline, is a clear indication that our more-than-five decade track record for growth is not only set to continue but get better.

"The ongoing expansion of Dubai’s aviation infrastructure is in preparation to welcome that growth."

In terms of passenger growth, Eastern Europe was the strongest market with 55.5% increase, primarily driven by Emirates airline’s operations to destinations in the region.

The year-to-date passenger traffic at the airport increased by 15.9% to 55.04 million, compared with the 47.48 million registered in the corresponding period of 2012.

Cargo traffic for the first ten months stood at 1.99mt, up 3% from the 1.87mt shipped during the same period last year.