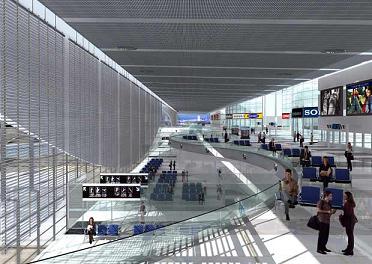 Dubai International Airport served 5.4 million passengers in September 2013, up 13.1% compared with 4.78 million during the corresponding period in 2012.

Cargo traffic for the nine months stood at 1.78mt, up 6.6% from the 1.67mt shipped during the same period last year.

Dubai Airports CEO Paul Griffiths said passenger and cargo traffic growth continue and Dubai International is on track to surpass its projections for 65.4m passengers and 2.7mt of cargo.

"Dubai’s aviation infrastructure continues to make it an attractive destination for tourism, trade and commerce."

"With the opening of our new passenger terminal at Al Maktoum International at Dubai World Central, and the ongoing expansion at Dubai International, Dubai’s aviation infrastructure continues to make it an attractive destination for tourism, trade and commerce," Griffiths said.

In September 2013, all regions recorded positive passenger growth, except South America which saw a decline of 6.9%.

The flydubai expansion initiative and Emirates’ new service to Warsaw helped the airport’s service to Eastern Europe record its highest percentage passenger growth of 65.1%, Emirates’ expansion and Qantas’ new service connecting Australia and London through Dubai increased passenger traffic to and from Australasia to 38.6%.

Western Europe had the highest overall passenger numbers with 14.8% growth, followed by AGCC with 15% year-on-year passenger traffic growth, and the Indian subcontinent with a growth of 9.8%.

Image: Dubai International is on track to eclipse its projections for 65.4 million passengers and 2.7 mt of cargo. Photo: file image.