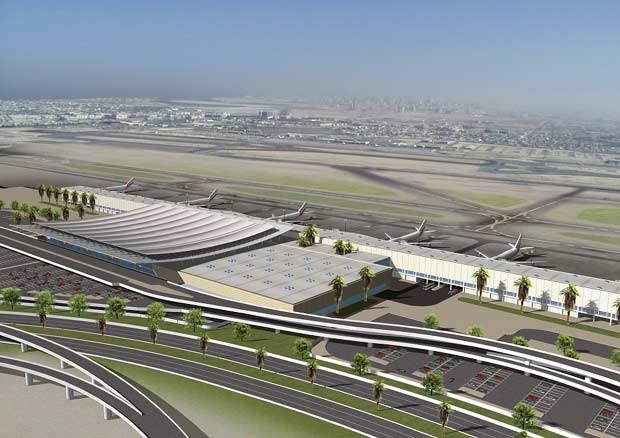 Dubai International Airport in the UAE served 32.6 million passengers during the first six months of 2013, up 16.9% over traffic during the corresponding period in 2012, a record for the first half of the year.

According to the airport operator, Dubai Airports, the average monthly passenger traffic recorded during H1 reached 5.44 million compared to 4.65 million during H1 2012.

Air cargo volume at Dubai Airport rose 10.2% during January to July 2013 to 1.19 million tonnes, compared to 1.08 million tonnes handled during the previous year.

Dubai Airports CEO Paul Griffiths said that the first half of the year has been very satisfying with double-digit growth across all markets, boosted by the launch of 84 new services to 25 destinations.

"A major driver of growth was Emirates airline’s tie-up with Qantas and consequent launch of the Australian carrier’s operations into Dubai," Griffiths said.

"A number of major events are lined up for the remainder of the year, including the opening of the passenger operations at Dubai World Central-Al Maktoum International in October followed by the Dubai Airshow 2013 in November, making the second half even more promising."

India topped the list of the airport’s destination countries with the highest passenger volumes during June, followed by the Saudi Arabia, the UK, Australia and Pakistan.

Destinations that registered the highest percentage growth during the period include Australia (44.4%), followed by Saudi Arabia (35.0%), the UK (21.9) and India with 21% growth.

The airport witnessed the highest passenger traffic on routes to gulf countries (AGCC) with 198,779 passengers, followed by Western Europe with 170,782 and the Indian subcontinent with 158,161 passengers, while South America registered a fall in traffic to 5,508 passengers in June.

The airport’s freight traffic rose 3.6% during June to 202,077t, compared to 194,992t handled during the corresponding period last year.

Image: Passenger traffic at Dubai International airport is anticipated to exceed 65.4 million during 2013.