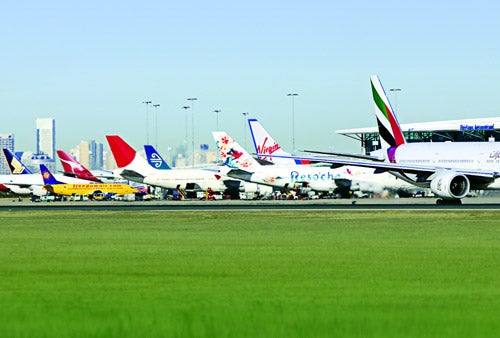 Brisbane Airport in the Australian state of Queensland is all set to get a A$1.35bn ($1.27bn) runway, with construction works expected to start within a few weeks.

The Brisbane Airport Corporation (BAC) has awarded the contract for dredging and reclamation works, which involve an investment of A$500m ($471.94m).

The 3.3km-long strip will be 60m wide and run parallel to the existing main runway.

It is expected to contribute A$5bn ($4.71bn) a year to the Queensland economy, once operational.

The new runway will address the increasing congestion at the airport, which has regularly forced planes to circle for long periods while waiting to land.

As part of the project, 13 million cubic tonnes of sand will be supplied to the site to raise the surface up to 8m.

The project, spanning the 360 hectare greenfields site, will feature 12km of taxiways and other airport infrastructure and the construction is expected to create 2,700 construction jobs.

Brisbane Airport Corporation managing director Julieanne Alroe said that when the project is completed, Brisbane Airport will have a runway system with the capacity of major international airports such as Hong Kong and Singapore.

"BAC expects the new parallel runway to be completed by 2020."

Preliminary land-clearing and drainage work on the new runway began in August 2012; however, in February, BAC noted that it could not commit to the A$500m ($471.94m) phase if the airlines did not agree to contribute 25% of the total bill through higher landing charges over the eight-year construction period.

After BAC was unable to reach an agreement with the airlines over their contribution, it finally decided to fund the $1.35bn cost of the project itself.

BAC expects the new parallel runway to be completed by 2020.