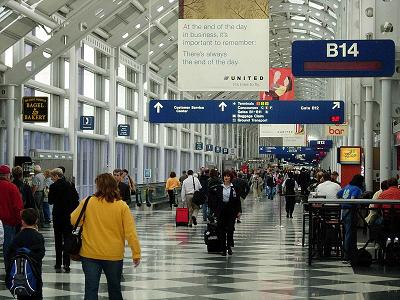 As part of the basic improvements to the airport's parking system, Scheidt & Bachmann will install 23 entry lanes, 27 exit cashier devices, and 16 barrier-free pay on foot stations.

In order to enhance the parking operation, Scheidt & Bachmann will provide licence plate recognition (LPR), a frequent parker programme and mobile licence plate inventory, as well as a facility for customers to reserve and prepay for their parking, and a certain level of automation with the use of pay on foot machines and express exit lanes.

Scheidt & Bachmann USA sales vice-president Jeff Sparrow said the company is excited at the opportunity to partner with the Chicago Department of Aviation.

"Scheidt & Bachmann's ability to collaborate with large organisations on complex parking projects will be a tremendous asset on this project and we look forward to exceeding the expectations of the CDA and the city of Chicago," Sparrow said.

"We look forward to exceeding the expectations of the CDA and the city of Chicago."

Scheidt & Bachmann, a family-owned German company, is an international transportation solutions provider and its US subsidiary is headquartered in Burlington, Massachusetts.