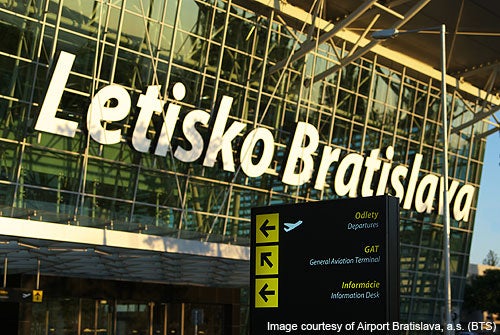 Bratislava M. R. Stefanika Airport (BTS) in Slovakia has signed a contract with ARINC to continue to use its iMUSE platform for a further two years.

As part of the renewal agreement, ARINC will deliver iMUSE for common use, in addition to provision of a third level technical support.

Bratislava Airport has been using ARINC's iMUSE platform since signing the original contract in 2005.

Bratislava Airport IT personnel will be responsible for delivering local maintenance support for the deployed systems.

"Bratislava Airport has been using ARINC's iMUSE platform since signing the original contract in 2005."

The new vMUSE offers significant enhancements when compared to iMUSE, as well as offering cost reductions through the elimination of bespoke printers and special paper stock for boarding passes.

Based on ARINC's multi-user system environment (MUSE) technology, vMUSE is being offered at three levels including standard, advanced and enterprise.