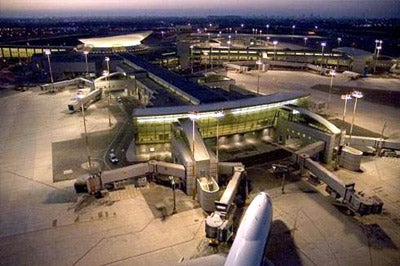 During the trial scheduled on 7 June 2013, passengers are advised to place their baggage on to conveyor belts that will take the bags to an underground site, where sophisticated scanning technology will automatically perform checks on each baggage prior to loading on aircraft.

Expected to eliminate the need for security personnel to search the bags publicly, the new system will detect explosives and other dangerous items, while separating suspicious bags and delivering cleared luggage for loading on to the aircraft.

The system will also perform additional screening for suspicious luggage and if not cleared, the suspicious items will be placed aside and the passengers will be prohibited from boarding.

"The new system will detect explosives and other dangerous items, while separating suspicious bags and delivering cleared luggage for loading on to the aircraft."

Upon commissioning of the system, passengers will need only to check in at the flight desks, while security staff will continue to question passengers at the check-in as an additional safety measure.

As part of the trial, the airport's Terminal 3, which currently serves several international flights, will remain closed for seven hours on the day of trial, while the new system is tested on 5,000 suitcases, with passengers being diverted to the Terminal 1 during the trial.