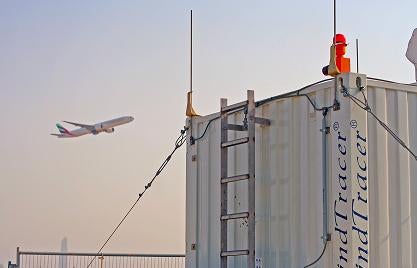 The companies are currently installing the second and third lidar systems.

WindTracer, which is produced by Lockheed Martin, collects data on turbulence arising from approaching and departing aircraft.

Dubai International Airport is gearing up address the increase in traffic from Emirates Airlines and other airlines that use Dubai as their final destination or preferred hub in the region.

Bayanat Airports Engineering & Supplies general manager Alan Bourjeily said: "Supporting the aviation industry in the Middle East with advanced technologies provides us great opportunity to work with some of the world’s leading manufacturers.

"We are proud to be a part of this prestigious project initiated by Dubai Aviation Engineering Projects."

Commenting on the entry of lidar systems into the Middle East, Lockheed Martin’s WindTracer programmes director Michael Margulis said: "WindTracer is the lidar sensor of choice for airports keen on maintaining safety while improving efficiency.

"With our systems now in place throughout major airports around the world, including in Hong Kong, Tokyo, Osaka, London, New York, San Francisco, Las Vegas, Frankfurt, Munich, and Bangkok, we are pleased to be working with Bayanat Airports Engineering & Supplies to install our system for the first time in the Middle East to support ongoing aviation developments in the Emirates."

DAEP is leading the lidar project as part of plan to lead the region’s aviation industry with superior technologies and solutions.

Image: WindTracer, which is developed and produced by Lockheed Martin, collects data on turbulence arising from approaching and departing aircraft. Photo: courtesy of Lockheed Martin Corporation.