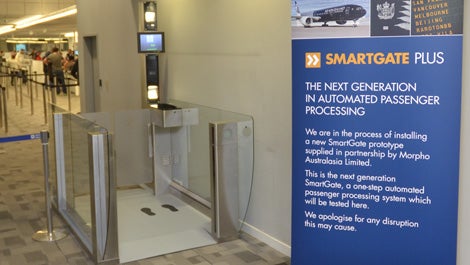 Based on biometric technology, Morpoho's automated border control solution will be tested during an operational trial involving over 2,000 passengers a week.

Morpho Australasia managing director Bruno Pattyn said that the SmartGate Plus was developed in a collaborative approach with New Zealand customs for deployment in border control situations.

"This new technology has the capability to further simplify and speed up border processing in order to meet ever-evolving border challenges across the region," Pattyn said.

The facial recognition technology incorporated in the system allows comparing facial images of the passengers with the information integrated in the e-passport's chip.

"SmartGate Plus will accelerate passenger processing with a one-step process via e-gates."

Eliminating the kiosk and ticket part of the existing processing system, SmartGate Plus will accelerate passenger processing with a one-step process via e-gates, that comply with airports' space constraints.

According to Morpho, the solution also allows future integration of other biometric capabilities including fingerprint and iris recognition.

Morpho has also deployed SmartGate at New Zealand's Auckland, Wellington and Christchurch airports in 2009, enabling the eligible passengers the option of self-processing via passport control.

"The biometric self-processing technology has streamlined passenger processing and provided a secure, efficient way to clear passport control and we are pleased to be involved in testing the next generation SmartGate Plus," Wilson said.

Image: NZCS' trial of Morpho's SmartGate Plus passenger processing system at Auckland Airport would involve over 2,000 passengers per week. Photo: Courtesy of Morpho.