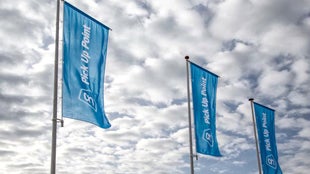 Dutch supermarket chain Albert Heijn has opened a Pick Up Point (PUP) at Schiphol Airport in Amsterdam to allow returning travellers to pick up their pre-ordered food at the airport.

The new service will allow customers to order groceries online while they are on holiday and then pick them up at the airport itself.

The new service will be targeted at returning travellers who will have an empty refrigerator at home or shopping at inconvenient hours.

The new service will also benefit airport’s employees, who want to pick their groceries after their working hours.

Albert Heijn CEO Sander van der Laan said that over 50 million passengers pass through Schiphol Airport per year, with the majority being Dutch.

"Moreover, more than 64,000 people work at the airport. We are excited that we can employ a PUP to provide so many people with convenience and efficiency at this wonderful and unique location," Laan said.

"The new service will allow customers to order groceries online while they are on holiday and then pick them up at the airport itself."

Located next to the airport’s extended parking for passengers (P3) and at employee parking (P40), the new PUP will remain open during Monday to Saturday from 6:30 AM until midnight.

Albert Heijn’s service will allow passengers and Schiphol Airport employees to pick up their bol.com grocery orders from the PUP at Schiphol airport.

"It dovetails perfectly with all the other facilities and services that we offer at Amsterdam Airport Schiphol," Groof said.

Image: The new Pick Up Point (PUP) service will be offered during Monday to Saturday from 6:30 am until midnight. Photo: Courtesy of Ahold.