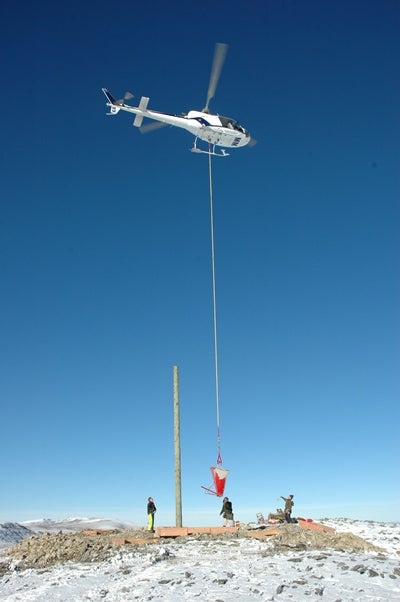 The new MLAT technology will enable air traffic controllers to view the valleys and areas behind mountains, which are currently out of the reach of radar surveillance.

Airways Engineering and Maintenance head Peter O’Regan said that the challenges of installing this technology in such remote areas are outweighed by the benefits.

"We’ve been working in some really remote spots to install the equipment, using helicopters to fly heavy gear to mountain tops, with high exposure to wind, rain and snow throughout the year."

"The MLAT equipment will allow air traffic controllers to confirm that aircraft are exactly where they say they are, removing the need to rely on position reports, which is crucial for improving safety in this complex airspace," O’Regan said.

Currently, nine sites are being added that will expand the network into the upper controlled airspace towards Dunedin, Invercargill and over the Tasman Sea to the west of Queenstown.

"The challenges of installing this technology in such remote areas are outweighed by the benefits."

The sensors are deployed with minimal environmental impact, using existing communication sites and are solar powered.

MLAT technology, which offers a three-dimensional picture of air traffic, allows Airways to lower the distance between aircraft as the radar surveillance provides the exact position of each aircraft.

This leads to fuel efficiencies and decreased costs for airlines that no longer need to hold aircraft at lower levels, as well as fewer disruptions for passengers.

The MLAT technology is expected to be operational by the end of 2013.

Airways is a world-leading commercial air navigation service provider and operates in New Zealand as a state-owned enterprise.

Image: A 400kg bucket of concrete mix is flown by helicopter to the multilateration installation site on the top of Wether Range, Omarama. Photo: courtesy of Airways.