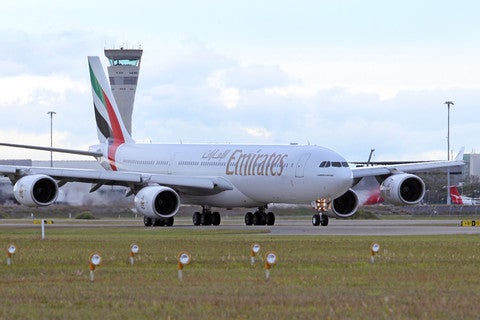 Australian air navigation service provider (ANSP) Airservices and Emirates Airlines have joined in a demonstration project to reduce the impact of aviation on the environment through improved air traffic management.

As part of the demonstration, the UAE-based airline conducted a flight through Australian airspace from Dubai to Brisbane on 1 September 2013.

Airservices Air Traffic Control acting executive general manager Greg Hood said: "Airservices will, in cooperation with other air navigation service providers and airports in the region, demonstrate efficiencies that can be achieved by initiating less air traffic navigation constraints, as far as is practicable."

According to the agency, the flight has carried out a continuous descent approach via a smart tracking to the runway at Brisbane Airport upon its arrival.

The Australian ANSP revealed that similar flights conducted previously, as part of the programme, have resulted in a fuel saving of 740kg and 2.3t of CO2 per flight.

"The UAE-based airline conducted a flight through Australian airspace from Dubai to Brisbane on 1 September 2013."

Smart tracking will enable aircraft to slide to the runway within minimum power, avoiding extended, straight-in approaches and result in reduced carbon emissions due to less fuel consumption by the aircraft.

"We’ve invested in one of the best flight planning systems available," Stealey said. "Working together with Airservices, we use flexible air traffic routes optimised for weather, saving time, fuel and emissions."

Upon the completion of the flight in Australian airspace, the Emirates will then move through airspace towards Auckland as part of the Asia and South Pacific Initiative to Reduce Emissions (ASPIRE).

"ASPIRE demonstrates that when several efficient air traffic procedures are integrated and applied to a single flight, we see the potential for reductions in delays, fuel usage and emissions," Mr Hood said.

"These procedures will become a new standard for air traffic services."

According to the Emirates Airlines, the UAE flag-carrier has implemented other measures including use of single engine to taxi where possible.

"Other measures we’ve taken on as standard include using a single engine to taxi where possible, potentially saving 430,000l of fuel annually for every one minute of single engine taxing per aircraft movement, as well as saving fuel while parked at the gate by using fixed power supplies where possible," Stealey said.

"Studies have shown that fixed electrical power units can reduce the amount of fuel burn used on ground power by up to 85%."