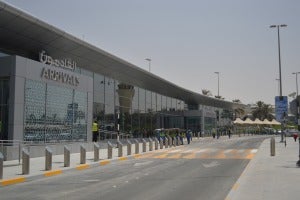 As of 6 August 2013, Abu Dhabi International Airport's arrivals hall will be relocated to the lower level of Terminals 1 and 3.

Built as part of the airport's capacity enhancement plan, the new facility will enable passengers to quickly access parking areas from the customs lounge via a new tunnel.

The capacity enhancement plan aims to better equip the airport to serve the expected rise in passenger traffic, while also improving the passenger experience.

Abu Dhabi Airport is currently carrying out work on the $2.94bn 700,000m² midfield terminal complex, which plans to serve 27 million passengers a year after being commissioned in 2017.

Built to enhance Abu Dhabi's status as a top tourist destination, the new facility is one of the largest major strategic infrastructure projects ever to be undertaken in the UAE capital.