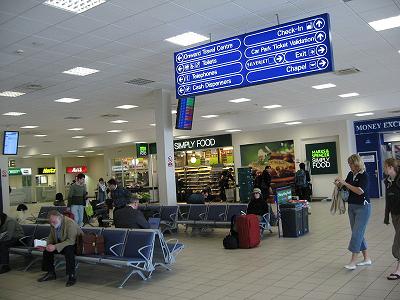 London Luton Airport in the UK has announced that the operator of the new 2014 Thameslink, Southern and Great Northern franchise (TSGN) will run two hourly services between London St Pancras International and Luton Airport Parkway every day in the morning.

The decision was taken following the discussions of London Luton Airport and the Department for Transport (DfT).

London Luton noted that the new twice-hourly service is necessary because the lack of early morning rail services under the current TSGN timetable discourages about two million airport users annually from considering rail as a viable means of transport.

The new requirement, which has been issued to train operators shortlisted for the TSGN franchise, significantly improves the rail connectivity with the capital.

In addition, the airport is asking the shortlisted bidders to consider running more services than the minimum timetable requirements set out in the invitation to tender.

"This latest move helps us to achieve our aim of increasing the proportion of passengers who travel by public transport."

The airport plans to work closely with the train operators to ensure that they meet requirements such as operating a timetable, designing rolling stock with airport passengers in mind and introducing a simplified ticketing option.

The bidders will also be asked to develop a distinct identity at each station to promote and guide air passengers to the service, and eliminate a separate charge for the shuttle bus between Luton Airport Parkway and the terminal.

"This latest move helps us to achieve our aim of increasing the proportion of passengers who travel by public transport to more than 40% by 2017; a key consideration in our plan to develop in a sustainable and environmentally friendly way and improve the overall experience for our passengers."

Image: The two hourly services between Luton Airport Parkway and London St Pancras International during the early morning period are expected to significantly improve the rail connectivity with the capital. Photo: courtesy of Jnpet