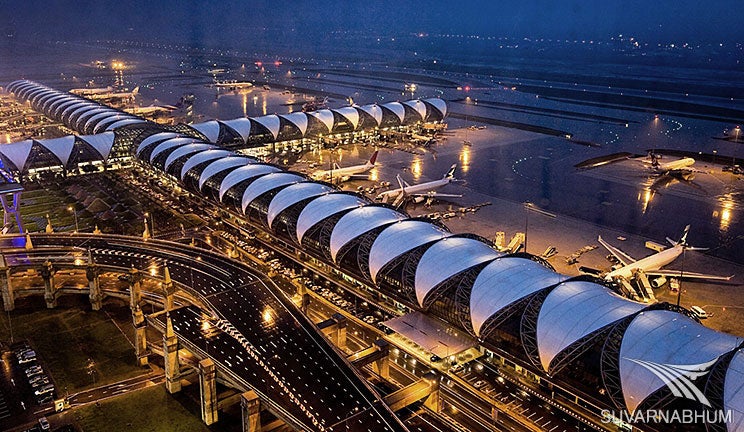 Airports of Thailand (AOT) is planning to invest $1.9bn over the next five years to expand Suvarnabhumi airport by 33%, marking the beginning of its second development phase.

The second phase includes the construction of a 216,000m² satellite terminal, which will be equipped with 28 aerobridges, aprons within an area of 960,000m², as well as a tunnel and mass transit system to connect the main terminal and satellite buildings.

The project also involves construction of a new passenger terminal in the east of the airport, airline offices, parking buildings, as well as the design and construction of an infrastructure system.

Following the completion of the second phase, the airport will be able to handle an additional 15 million passengers every year, increasing the total capacity to 60 million.

Ahead of construction, the airport will embark on a study to assess various models to complete the overall framework, after which the AOT will announce the tender for designers and contractors.

About 80% of the cost will come from AOT and the remaining 20% from a domestic loan.Suvarnabhumi airport is expected to handle nearly 51 million passengers in the fiscal year ending in September 2012, up from 48 million in 2011.

According to the operator, passengers visiting Thailand through its six airports are expected to increase to 70 million in FY2012, from the registered 66 million last year.

AOT has prepared a master plan for Suvarnabhumi to make it a four-runway airport in five phases, boosting its passenger capacity to 120 million a year.

EPM Consortium is made up of PCBK International, Chotichinda Mouchel Consultants, Epsilon and Oriental Consultants.

Image: The expansion work on the Suvarnabhumi airport is scheduled to be completed by 2017. Photo: courtesy of Suvarnabhumi Airport.

What are Europe’s five most polluting airports doing to reduce CO2?