What will airports look like in the future? In times where technology advances at unprecedented levels, and political and environmental pressures grow along with passenger expectations, all aviation stakeholders are asking themselves this very question.

Over the past few months, they have been holding debates about this topic, discussed it on social media, and in some cases, they went as far as making a competition out of it, as seen in the recent 2019 Fentress Global Challenge.

With winners revealed in July this year by Fentress Architects, the competition tasked aspiring architects with creating the most interesting and bold concepts of what airports will look like in 2075. From drive-through areas sitting above terminals to developing large-scale airport-cities, the top three winners came up with inspiring, futuristic ideas that, however, may still have to wait a little longer to become reality.

But however far-fetched, the concepts are a clear indication that airports are anything but static environments. Internal and external pressures are forcing hubs around the world to evolve into advanced, sustainable complexes offering a service that goes beyond mere transportation.

Here are five aspects of airports that we think will definitely have to change in the coming years.

A lot has already been done to eliminate baggage drop desks in airports around the world, with leading airlines including British Airways and EasyJet already using automated self-service systems at Heathrow and Gatwick Airport respectively.

But on the other end of the spectrum – in those areas where luggage is collected – the situation is still chaotic and hundreds of bags get lost or stolen every day. This ordinarily leads to confusion and stress among both passengers and airport staff, as well as financial damages.

Fortunately, the situation is likely to change in the coming decades, and recent studies at Cranfield University indicate it might be sooner than later.

Under a cross-departmental project called Urban Turbine, lecturer Henrik Rothe is in fact researching how the Amazon model could be applied to aviation to create a system of luggage delivery from an airport to passengers’ homes.

Following this principle, bags would be treated as individual passengers and loaded on public transport to be moved between a city centre and its airport. 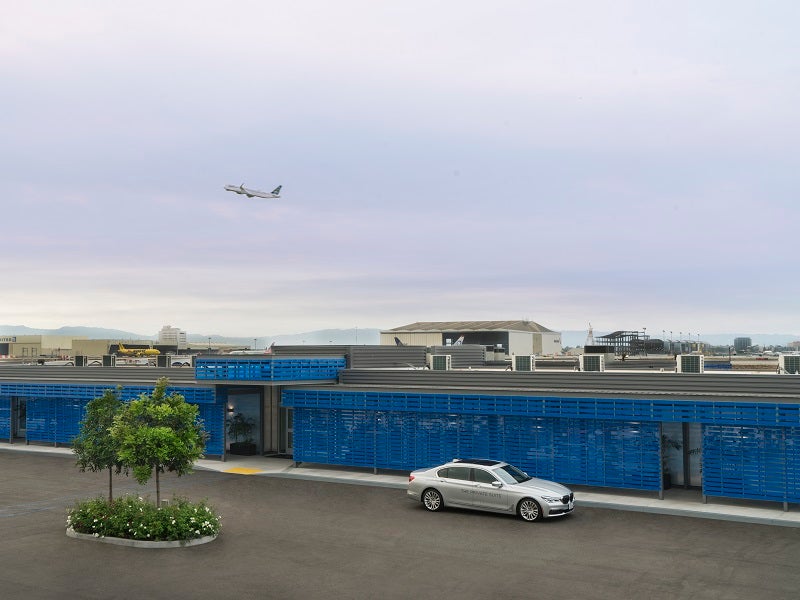 VIP airport experiences: lifestyles of the rich and famous

If viable, the system could completely eliminate the need to have luggage terminals, which could in turn be used to meet many hubs’ increasing capacity demands.

The concept is not entirely new, but it may still be a while before liquid removal stops being compulsory at airport security checks. A practice that was introduced globally in the aftermath of the 9/11 terrorist attacks, it’s among the most recurring causes of disruption and delays at border controls.

“Airports have now started trialling technologies that can scan liquids and other materials.”

However, airports like Heathrow have now started trialling technologies that can scan liquids and other materials from inside bags.

Within this framework, US-based Rapiscan Systems is progressing fast and recently rolled out its 920CT checkpoint screening system. Having received approval from the European Civil Aviation Conference, the scanner could be a game changer in the industry.

Using advanced software and detection algorithms and 3D volumetric imaging, it would mean that passengers would no longer have to take liquids or electronic devices out of their bags.

Boosting sustainability records is at the top of the agenda for most airports, with many working alongside partners and stakeholders to reduce their carbon footprint, from departure halls to the airport apron.

A potentially easy way to achieve this is by leveraging passengers’ environmental consciousness and promoting public transport over cars.

This idea is gaining traction in the UK particularly, where several airports – from Manchester to Bristol to London Luton – are already working to improve surface access and train links.

This much-needed collaborative effort from both the railways and aviation could lead to higher volumes of rail travellers, cheaper trips and, in the long term, fewer cars reaching the airport every day.

If this concept proves effective, it would mean that airports can resize and re-use car parks to meet growing capacity demands while enhancing their sustainability credentials.

Paving the way for driverless and autonomous vehicles

Even if passengers remain reliant on road transport – which is faster and more comfortable for many – chances are high that the car parks of the future will be radically different.

First of all, they are likely going to have many more charging stations, as electric vehicles will become more popular.

“Prototypes of [driverless] vehicles have already appeared in Japan.”

Secondly, driverless and autonomous shuttles will gradually take over the roads around the airport to make connections between car parks and train stations quicker and more seamless. Their deployment will allow higher capacity, fast travels and a potentially more sustainable solution for both customer-facing and internal operations.

Prototypes of these vehicles have already appeared in Japan, which is planning to face rocketing passenger streams during the 2020 Olympic Games.

As for internal operations, Rotterdam’s the Hague Airport is currently pioneering an autonomous baggage handling system that carries single bags through an airport, making the likelihood of seeing these vehicles in operation higher over the course of time.

Customer service: the rise of robots

In the coming decades, robots are likely to take over several customer-facing jobs currently held by airport staff, especially as passenger rates continue to rise and airports grow overcrowded.

Technology is already replacing admin jobs at check-in desks, with most airlines encouraging customers to use their apps for check-in and some of them implementing self-service bag drops.

But as years go by, we will likely say goodbye to staff working at bars and restaurants and many other areas of the departure hall, leaving space for robots.

In Japan, this phenomenon is partially already taking place. Tech giant Panasonic recently rolled out a fleet of robots embedded with artificial intelligence and facial recognition capabilities that help passengers find their way through an airport by scanning their face and providing customised information.

Meanwhile, in 2018, US company Café X Technologies launched a robot arm capable of making 120 cups of coffee and hour and filling between 300 and 400 jobs orders a day.

It may be a long time until solutions such as the Café X robot become more common at airports, but it seems they could offer a new level of convenience for passengers during peak hours.