Australia’s Qantas Airways is often regarded as the safest airline in the world and was even referenced in the 1988 film Rain Man as having never had an aircraft crash.

However, this is not true as a number of its aircraft have crashed. But there have been no fatalities since 1951 before the jet airliner was introduced when three major incidents occurred.

Two of the incidents involved aircraft crashing into mountains in New Guinea, which killed four people. In another event, seven people died after an aircraft crashed in the sea due to a propeller failure.

During the Second World War, Qantas aircraft were involved in a number of crashes as they were operating on behalf of the Allied military forces.

Since jet engines replaced propellers on its commercial aircraft in 1952, Qantas has not had any fatalities. The only major incident when an aircraft was destroyed was in 1960 when it crashed and burned after overrunning the runway. This resulted in injuries to a few passengers.

Qantas’s main fleet consists of 132 aircraft serving 55 destinations, while its subsidiaries operate 297 aircraft across 65 domestic and 31 international destinations. The airline started operating in 1921 and is based at Brisbane, Melbourne and Sydney airports. It was one of the founding airlines of the Oneworld alliance in 1998.

Hawaiian Airlines is one of the oldest US carriers to have never had a fatal incident or loss of a hull. It operates a fleet of 65 aircraft from the US state of Hawaii, serving 28 destinations across countries that include Australia, Japan, North America, and China.

One of the airline’s most famous incidents occurred in December 1941, when an aircraft’s cockpit caught on fire after being hit by Japanese forces at Pearl Harbour. As luck would have it, a stray bullet hit the fire extinguisher, which set it off and put out the blaze.

Its fleet is one of the youngest for a major US airline, with aircraft averaging at approximately 8.6 years old. Its oldest three Boeing 767 jets are due to be taken out of service this year, and the airline is expecting deliveries of new Boeing 787-9 aircraft to replace them.

Small regional subsidiary ʻOhana by Hawaiian started operating in March 2014 under a contract with Empire Airlines. The airline offers services between the islands of Hawaii with a fleet of four twin-turboprop 48-passenger and three cargo aircraft. 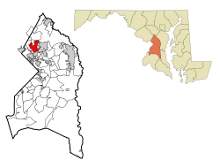 Hawaiian Airlines began operating between the islands of Hawaii in October 1929 as Inter-Island Airways. It changed its name to Hawaiian Airlines in 1941 as it looked to expand services to the South Pacific.

Based in Dubai, UAE, Emirates has not had any passenger deaths from crashes. But a serious incident in 2016 saw its first hull loss since the airline began operating in 1985.

In August 2016, an aircraft approaching Dubai International Airport made an emergency landing on the runway and caught fire, destroying the fuselage and halting services at the airport. Approximately 300 passengers and crew escaped safely, but one firefighter died.

“Emirates operates more than 3,600 weekly flights to over 140 destinations, making it one of the busiest airlines with an increased likelihood of an incident occurring.”

Other smaller incidents have occurred in the airline’s history, causing damage to aircraft but with no serious injuries to passengers. One incident occurred in Johannesburg, South Africa, in 2004, where it was found that the captain used the wrong take-off technique. The plane failed to get airborne and damaged the runway approach lights, as well as the aircraft itself.

In 2009, a similar event happened in Melbourne, Australia. An aircraft also failed to take-off properly, making contact with a number of runway structures before returning for an emergency landing.

Emirates operates more than 3,600 weekly flights to over 140 destinations, making it one of the busiest airlines. The airline operates 271 wide-body planes, featuring the largest fleet of double-deck Airbus A380 with 109 aircraft, in addition to 162 Boeing 777 variants.

The Virgin group of airlines has never had a fatal crash. Virgin Atlantic began operating in 1984 and serves 33 destinations around the world, while Virgin Australia was founded in 2000 and flies to 52 destinations.

Virgin Atlantic has had two major incidents in its history but both aircraft continued operating. In 1997, a flight from Los Angeles, US, made an emergency landing at London Heathrow due to jammed landing gear, damaging its engines and the runway.

In 2005, a Virgin Atlantic flight from Hong Kong to Heathrow had to be diverted to Amsterdam when the fuel control computer system failed to transfer fuel between the tanks. An investigation into the accident resulted in the Air Accidents Investigation Branch recommending large aircraft have independent fuel warning systems installed.

The group’s former Virgin America airline has also never been involved in a crash. The airline began operating in 2007 but merged with Alaska Airlines in 2016, when its services and brand name began to be phased out and ceased by April 2018.

Qatar Airways has had no fatal incidents since it started operating in 1994 and has only lost two aircraft from incidents in 2007 and 2017.

The first incident involved an aircraft being written off due to a fire in the hangar during maintenance. The second involved a fire that burned the roof and damaged the cabin when routine works were taking place.

The airline was rated seven out of seven stars by AirlineRatings.com but did not make the website’s top 20 safest airlines of 2018. It was rated the world’s second best airline in 2018 by aviation rating organisation Skytrax.

Despite being one of the youngest of safe airlines list, Qatar Airways has one of the largest fleets, with 220 aircraft averaging 5.9 years old. It serves more than 150 destinations worldwide.

Qatar Airways was one of the first in the Gulf to join an airline alliance, becoming a member of Oneworld in 2013. However, the airline has been threatening to leave the group since October 2018, with no final decision yet made.

Airline CEO Akbar Al Baker has said he is not happy with what he described as a lack of support from the alliance’s other airlines. However, Oneworld CEO Rob Gurney emphasised that he wants Qatar Airways to remain in the alliance.

UAE’s second-biggest airline Emirates has not had any fatal accidents or passenger injuries in its history. In addition, it has only suffered from one hull loss during ground testing of an aircraft that was due to be delivered from Airbus.

“Based in Abu Dhabi, Etihad Airways was established in July 2003 as the UAE’s second flag carrier making it one of the youngest airlines on this list with no fatalities.”

The aircraft was damaged beyond repair in 2007 before it could be delivered to the airline from the Airbus testing facility in Toulouse, France. Nine injuries occurred when the aircraft jumped its chocks and crashed into a wall at a speed of 31k.

Based in Abu Dhabi, Etihad Airways was established in July 2003 as the UAE’s second flag carrier, making it one of the youngest airlines on this list with no fatalities. The airline created its own Etihad Airways Partners alliance in October 2015. It comprises Jet Airways, Air Serbia, and Air Seychelles.

The airline has a fleet of 113 aircraft. It serves 74 destinations worldwide with more than 1,000 flights each week. In 2018, the airline served 14.8 million passengers. China’s Hainan Airlines has never had a fatality on any of its flights, with no hull loss incidents either.

The airline has had few significant incidents in its operational history. One of those saw four people armed with knives attempting to hijack a flight from Yiwu in Zhejiang Province to Haisou in Hainan Province. They were unsuccessful as the on-board security overpowered them and the flight was diverted to Zhuhai Airport in Guangdong Province with no injuries.

Another incident occurred in 2005 when an aircraft landed on the wrong runway and struck some cables, causing approximately $900,000 of damage.

Hainan Airlines has a fleet of 234 mixed Boeing and Airbus aircraft with an average age of five years. The airline has confirmed orders for 50 more Boeing aircraft, as well as 20 planes from Chinese aerospace manufacturer Comac that are due to be delivered in the 2020s.

Hainan Airlines is based in Haikou in the Chinese province of Hainan and began operating services in 1993. It now serves 110 destinations, offering more than 500 domestic and international routes.

Taiwan airline EVA Air has not had any passenger fatalities or lost aircraft since it began operating in 1991.

The airline is the flag carrier of Taiwan and has been given a five-star rating by Skytrax. It became a member of the Star Alliance in June 2013.

Only a small number of incidents have occurred on EVA Air’s flights. These include an aircraft hitting runway lights, as well as one clipping the tail of another plane during taxiing.

In May 2015, the airline’s flight from Taipei, Taiwan, to Los Angeles, US, was tipped off as a security threat to the Federal Aviation Administration (FAA) shortly before it was due to land. The plane landed at Los Angeles International Airport and was investigated by FBI agents and the bomb squad. The aircraft was confirmed safe after more than an hour of searches and was recorded as a false alarm.

EVA Air operates a total of 77 aircraft, including six from its cargo fleet, with 20 additional passenger Boeing aircraft on order. Most of the airline’s flights are based from its hub Taiwan Taoyuan International Airport to more than 60 destinations, including cargo flights.

Irish low-cost airline Ryanair was established in 1984 and began commercial operations. The airline has never had a fatal crash and was named the world’s safest airline in 2018. It is the biggest in Europe in terms of passengers carried, becoming the first European airline to handle a billion people in August 2017.

Despite the airline’s history, AirlineRatings.com only gave Ryanair a four out of seven-star rating. The airline was deducted three stars due to the fact that it is not certified with the International Air Transport Association’s (IATA) Operational Safety Audit (IOSA), which is designed to audit airlines on operational management and control systems.

“Ryanair has a fleet of more than 400 Boeing 737 aircraft and serves over 225 destinations worldwide.”

In 2008, the airline’s flight from Frankfurt in Germany to Rome, Italy, had to make an emergency landing at Rome-Ciampino Airport due to the engine being damaged after colliding with a bird.

The aircraft undercarriage collapsed and other damage to the fuselage meant the aircraft was categorised as a hull loss. The aircraft was left stranded on the runway and the airport had to close for 35 hours. Two crew members and eight of the 166 passengers suffered minor injuries.

Ryanair has a fleet of more than 400 Boeing 737 aircraft and serves over 225 destinations worldwide. It has grown rapidly based on its ‘no frills’, low-cost economy class basis offering flights mainly to smaller or secondary airports outside major cities.

EasyJet is another British budget carrier that has never had a fatal crash or serious collision resulting in a hull loss.

The most serious incident occurred in 2003 on a flight from Amsterdam to London, when a slippery runway caused the aircraft to collide with a lamppost as the captain lost control during taxiing.

Headquartered at London Luton airport in the UK, EasyJet flies to 136 destinations worldwide, operating a fleet of 317 narrow-body Airbus aircraft with an average age of 7.7 years.

The airline was founded in March 1995 and operates similarly in economic terms to its rival airline Ryanair. All its aircraft are economy class and it offers no extras on board.

EasyJet’s operations at a number of UK airports were filmed as part of documentary series Airline, which aired from 1999-2007. The airline’s aircraft were operated by GB Airways and Air Foyle before EasyJet was awarded its own air operator’s certificate in October 1997.