Located between Warsaw and Łódź, Poland’s new airport – Centralny Port Komunikacyjny (CPK) (In English, Solidarity Transport Hub (STH)) – will cater to around 45 million passengers a year when it opens with two runways in 2027. Following the construction of two additional runways, the airport will eventually serve up to 100 million people, making it one of the world’s busiest hubs.

Six preeminent British architectural practices have submitted design concepts for CPK, which will serve as a “source of inspiration” for the airport masterplan scheduled for commission in early 2020.

In April, Benoy celebrated the public opening of Jewel Changi Airport in Singapore, a breathtaking 137,000m2 retail, hospitality and leisure space. For STH, the London-based practice is emphasising ecology and sustainable development in the shape of a green ‘Airport City’ surrounding the hub, which will be served by a mixture of above ground and subterranean railway lines and motorways.

The design features on a multimodal transfer node covered by a transparent roof, where the various means of transportation will be integrated, forming a central hub where all the routes converge.

“STH will grow to occupy an area larger than the entire of Manhattan,” said Alan Thompson, design director at Benoy. “This is why Benoy presented a holistic initial proposal for the development of the airport as well as the area surrounding it, where the airport city will be raised.”

Inside, the design blurs the boundaries between different sections of the terminal – including a smooth transition between the dining and waiting areas. The architects accentuated surface lighting and ample greenery, helping passengers to relax ahead of their journey. Benoy is the only studio to propose a north-south runway layout, instead of an east-west arrangement.

A massive transparent dome located between the two runways forms the centrepiece of Chapman Taylor’s concept for STH. Enclosing the main part of the terminal, the hemisphere symbolises “infinite unity”, reflecting Poland’s fundamental aspirations as a country: unity, sustainable development and a sense of place.

“We decided to replicate those key elements of Polish national identity in synergy with the unique ‘wow’ effect, which will leave a lasting, positive impression on the passengers,” explained Peter Farmer, director of the transport section at Chapman Taylor. 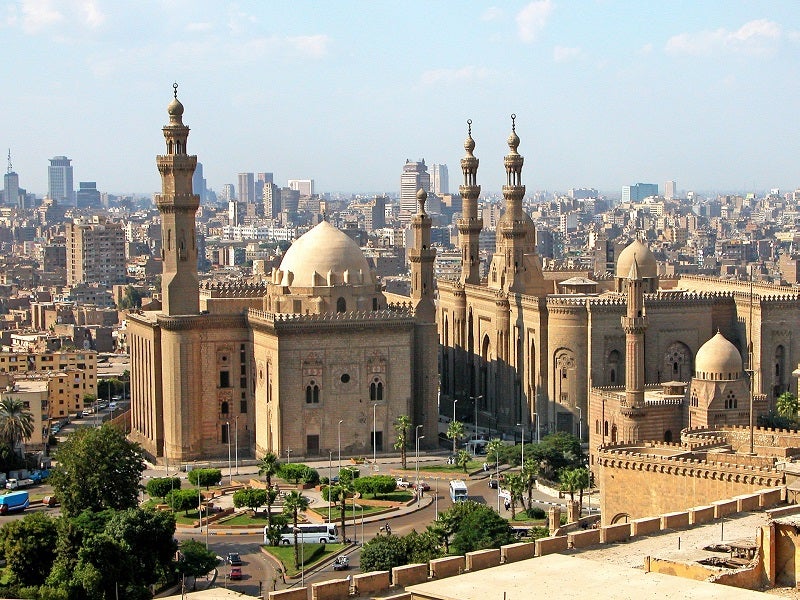 The entire structure will consist of six floors styled after six distinct landscapes of Poland: the Baltic coast, Mazury lakes, lowlands, highlands, valleys and mountains. The lowest floor will house railway platforms, allowing a tight integration of rail and airport components of STH.

Additional levels will include an interchange floor for railway passengers, arrival and departure halls, business lounge, and shops and restaurants. Throughout, the concept prioritises sustainability and energy efficiency, employing ground heat pumps for climate control in the terminal building, as well as biofuels and rainwater collection, and electric vehicles to service the apron.

Drawing inspiration from Jewel Changi, Chapman Taylor has reserved a space at the centre of the construction for a relaxing evergreen garden and a body of water, accessible via a wooden platform.

Foster + Partners (F+P) proposes a modular design of STH, one that can be phased over time and adapted to the growing demand for air travel. The concept proposes the construction of two terminal buildings – the main one resembling a key, the other an x-shaped structure built at a later date as a part of the STH expansion strategy – that will; for example via a shuttle.

Drawing inspiration from the Kampinos Forest near Warsaw and referencing traditional Polish architecture, the semitransparent structure will be filled with trees and greenery and will make the most of available sunlight.

F+P envisages the interior of STH being divided into separate zones catering to the needs of different demographics, such as leisure, business and families. According to senior partner Antoinette Nassopoulos-Erickson, the firm’s vision combines Polish tradition with modernity, employing smart solutions and advanced technologies, such as far-reaching automatisation of passenger service, and usage of hyperloop cargo vehicles, as well as extensive use of sustainable materials.

Grimshaw Architects’ concept of a ‘democratic hub’ is inspired by Poland’s transition to democracy in 1989, and the history of the Solidarity movement. Eschewing the grandiose designs of some of the newer hub airports, it focuses instead on functionality in order to avoid unnecessary upscaling, and reduce both passenger transfer time and the distance they need to walk to reach their destination.

The concept itself consists of six underlying assumptions: extensive use of daylight; minimise the horizontal and vertical distance needed for changeover; references to local specificity and the “spirit of place”; sustainable development; maximising retail revenues, and excellent connectivity.

The transparent exterior of the terminal building is styled on a layout and design of a traditional Polish market square, where passengers can dine, shop, relax or work in one of the quiet zones.

In addition, space is also provided for public events such as lectures or performances.

“We wanted to draw from marvellous Polish tradition, without going too far and avoiding pastiche’ said Mark Middleton, partner at Grimshaw, who also described the possible phasing of construction.

With an eye on the near future, Grimshaw’s concept also foretells and caters for the evolution of new modes of transportation, such as autonomous and electric vehicles.

The garlanded practice established by the late Iraqi-British architect has prepared three alternative designs for STH based on different approaches towards integrating the airport with the railway station. All three share elements such as good lighting of the airport space, and lush vegetation.

The first design locates the railway station directly under the airport, allowing passengers to observe oncoming rail traffic from the upper levels. The second version of the plan places a passenger area just above the platforms, combining other elements of the airport as included in the master plan.

The final design is more futuristic in nature, proposing a solution where trains arrive directly at the airport terminal, with platforms located on different heights.

“STH is the sole greenfield project that is currently ongoing in Europe,” he pointed out. “We would like to learn more about investment needs and adjust our proposal to those requirements.”

According to STH Poland, the concept offered by London-based Pascall+Watson stood out as the least specific when compared with the other five designs, and was the only studio not to submit images to accompany its proposal.

Project director Nidesh Naidoo cited multiple solutions adopted by airports in London, Munich, Abu Dhabi and Hongkong that he believed could be adapted to the needs of the STH, and as a part of his presentation, contrasted Istanbul’s concept of a megahub with Changi’s idea of a multi-hub.

The objective is to make STH into a transport hub, an integral part of the European transport network where passengers are provided with a care-free and comfortable travel experience.