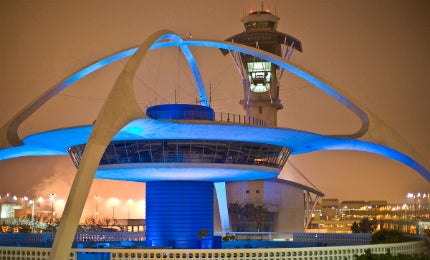 Despite the ongoing debates in the UK surrounding a third runway at Heathrow and a proposed new airport in the Thames Estuary, London could be making better use of the airport infrastructure it already has, according to a new report by the city’s Transport Committee.

The committee’s Airport Capacity in London report argues that capacity is underused by London’s major air transport hubs, including Heathrow, Gatwick, Stansted and Luton. According to the report, Stansted and Luton are leaving 47% and 51% of runway slots unused, respectively, with Gatwick’s unused slots coming in at 12%.

The committee has recommended a major focus on increasing the uptake of existing capacity as a potential alternative to costly and disruptive new projects. The report also recommends the improvement of public transport links to Gatwick, Luton and Stansted to ease pressure on Heathrow.

Los Angeles International Airport (LAX) in California, US, looks set for a major overhaul as part of a $4.8bn modernisation and safety enhancement plan, approved by the Los Angeles City Council at the beginning of May.

Under the proposed scheme, LAX’s northernmost runway would be moved 260ft, allowing space for the construction of a new taxi lane to accommodate larger aircraft. The airport has suffered from delays as its 1960s-era airfield is not optimised to handle large modern planes.

The plan, which still needs to be approved by the LA County Board of Supervisors and the Federal Aviation Administration, would also involve the demolition of three of the airport’s terminals and the construction of a consolidated rental car facility, a ground transportation centre and a new light rail station. The project, if approved, would not begin for at least five years.

While LAX’s modernisation plans will not come into play for another few years, Honolulu International Airport in Hawaii has now started work on its own refurbishment and expansion project, under the state-wide Hawaii Airports Modernisation Program.

The project, which has been in the works since 2005, includes construction of a new privately funded maintenance building for Aloha Air Cargo, consolidating cargo operations, support offices and customer service operations into a single location.

The project also includes the widening of runways and taxiways, in addition to a new commuter terminal, the new Mauka Concourse and a consolidated rental car facility.

In May, Dubai International Airport in the UAE set a date for the upgrade of its two main runways. The 80-day upgrade project will start on 1 May 2014, with improvements including resurfacing, new runway lighting and new taxiways.

During the execution of the project, the airport’s scheduled flights will be reduced, and all freighter, charter and general aviation flights will be diverted to Dubai World Central, which is set to commence commercial operations on 27 October 2013.

The Middle East is continuing its run as a world leader in large-scale airport development projects, and Saudi Arabia is no exception. Last month TAV Construction was awarded a $400m design-build contract for the new Terminal 5 at King Khaled International Airport in Riyadh.

Collaborating with Al Arrab Contracting, TAV will construct a 100,000m² passenger terminal, a 90,000m² multistorey car park, a fire station, an operations centre and a plane apron, in addition to terminal airside infrastructure. The 18-month project will also include elevated roads and infrastructure works to link Terminal 5 to the existing terminals.

If the major upcoming projects in Riyadh and Dubai reflect the impressive growth of air traffic in the Middle East, news that airport owner Fraport has delayed the expansion of Frankfurt Airport in Germany, one of the continent’s busiest airports, gives an indication of the struggles of Europe’s aviation market.

Construction of the terminal will now begin in 2015, for a 2020 launch. German newspaper Bild reported that the airport operator is delaying the opening of the terminal because passenger growth is likely to remain unchanged during 2013 and 2014.

San Francisco International Airport in California has revealed its $4.1bn capital improvement plan for the next ten years. The city’s mayor Edwin Lee said the investment during the next decade will make the airport a world-class facility and ensure it continues to generate jobs in the surrounding Bay Area.

Major works that fall under the capital expenditure plan include renovation of the concourse and security checkpoint areas in Terminal 3 and a complete upgrade of boarding area B in Terminal 1, as well as the construction of a 400-room luxury hotel within the airport area, pending environmental approval.

The capital improvement project is intended to bring the entire airport up to the standard of Terminal E, which opened in 2011 after a $383m overhaul.