Berlin Brandenburg Airport opening: will 2020 break the speel for the hub?
Menu

By now, Berlin Brandenburg Airport was supposed to be handling some 45 million passengers each year. Its environmentally friendly recycling methods, state-of-the-art runaways and sleek, minimalist glass terminal would be rivalling any modern international airport, its operators hoped.

Instead, the aviation hub – also known by its code BER – remains one big construction site, running over budget and way, way over deadline. Most media reports refer to the facility as a “ghost” airport. For Berliners – used to German efficiency – it is simply an “embarrassment”.

Last October, BER’s planning corporation said the airport – which is based in the suburban town of Schönefeld, just outside of Berlin – would finally open in October 2020. Frantic efforts to obtain the official permissions have been ongoing throughout the year.

“All the experts tell me there are no shortcomings at BER Airport we can’t fix,” Engelbert Lütke Daldrup, the airport’s operating company CEO told Berlin’s local government in a recent hearing. “I am convinced that BER will be put into operation in October 2020.”

Few share Daldrup’s optimism. Construction of the airport began in 2006 and the facility was originally scheduled to open in October 2011. Poor construction planning, technical problems and alleged corruption meant that date was soon replaced with June 2012, March 2013, October 2013, and a seemingly endless list of new, never-respected deadlines.

“It’s one of the last missing jigsaw puzzle pieces in the resurrection of Berlin as an international megacity.”

Originally expected to cost €2bn, last year planners admitted the estimated costs of the airport would be at least triple that figure, and could rise further if there are more delays. Maintenance, security and facility management costs worth millions of euros are racked up every month. German taxpayers are footing most of the bills.

For business leaders, tourism officials and ordinary Berliners the interminable delays have been frustrating largely because the airport is so sorely needed. Many view the new facility as the missing link in the resurrection of a once divided city.

Following the reunification of Berlin in 1990, the city had three functioning airports: Tegel and Tempelhof in what was once West Berlin, and Schönefeld in the former communist East.

But in 2008, financial difficulties forced the closure of Tempelhof, leaving the city with just two waning, Cold War-era airports that lack the capacity and prestige of other capital cities.

“Berliners are really waiting for the new airport,” Burkhard Kieker, CEO of VisitBerlin, the city’s tourism and convention bureau, recently remarked. “We say it’s one of the last missing jigsaw puzzle pieces in the resurrection of Berlin as an international megacity.” 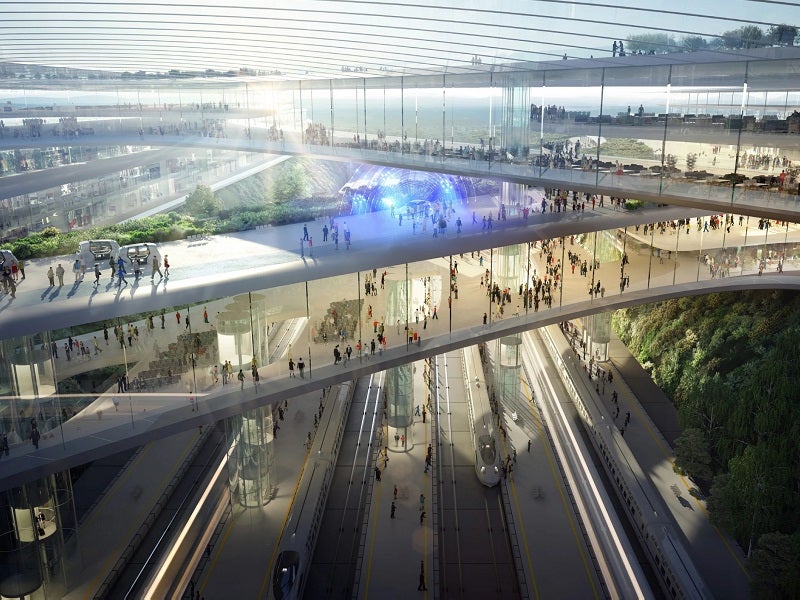 The causes of the delays have been hotly debated but many analysts believe the project was always doomed to fail. Unrealistic opening dates lead to premature tendering which lead to contracts being revised and fatal errors in planning.

Instead of appointing a single overall contractor, the state-owned company, Flughafen Berlin Brandenburg GmbH (FBB), took on the responsibility itself, coordinating between some 50 smaller subcontractors – a set-up that ultimately led to faulty risk allocation, according to researchers at the Berlin-based Hertie School of Governance.

“In the case of BER, the way forward is to abandon the plans for the current project.”

The project’s supervisory board was meanwhile composed of individuals that lacked experience of how to execute a major infrastructure project and were unable to “adequately scrutinise developments, challenge project management, or exert cost oversight,” the Hertie researchers found.

The governance structure remained in place, however, and a string of costly mistakes were made, from faulty fire safety systems to cables that had been incorrectly installed, a shortage of check-in desks, thousands of doors with the wrong numbers and escalators that were too short.

Instead of admitting fault and starting afresh, the corporation in charge of the airport doubled-down and attempted to fix each problem in turn. Writing in the German business newspaper Handelsblatt, the journalist Gilbert Kreijger called the decision a classic case of the “sunk-cost fallacy”, where organisations and individuals avoid cutting their losses because they are emotionally attached to the time and resources they have already spent on a project.

“In the case of BER, the way forward is to forget the costs already sunk, abandon the plans for the current project, and start clean with people who actually know how to plan, build and operate an airport,” said Kreijger.

Where these past mistakes leave the new October 2020 deadline is unclear. In early 2018, Thorsten Dirks, an executive from Lufthansa – the largest airline in Germany – predicted the existing airport will never open. “My prognosis: the thing will be torn down and built anew,” he told the Irish Times.

“Where these past mistakes leave the new October 2020 deadline is unclear.”

In January, Germany’s technical inspection regulator, TUV, said completion of the airport would not progress as quickly as the operator would like and that comprehensive inspections will not take place until later this year.

News website Flight Global has reported that airlines are now being assigned terminals at Brandenburg – a clear step in the right direction, while the airport’s operator maintains that “if the construction companies and service providers will do their job” the airport will open in October 2020. Responding to Dirks comment, the operating company’s CEO, Daldrup, said simply: “This is nonsense.”

But while few can contest the importance of a modern airport in Germany’s capital city, in a project that Berliners have perhaps politely dubbed “the Screw Up of the Decade”, few will be holding their breath.

Travel passports: how to ensure passenger data is kept safe