Since the 1980s, the trend towards airport privatisation has been steadily on the rise as governments and airports look to private money to fund expansion for the future.

According to a recent report by Airport Council International World (ACI), currently 14% of airports globally have some level of privatisation, from corporation-led management to varying types of public-private partnership agreements. This percentage has increased dramatically since the noughties, and primarily comprises larger aviation hubs that account for around 40% of global traffic.

A range of trends are making privatisation more attractive, with the most potent being a rise in passenger traffic. The International Air Transport Association (IATA) forecasts that 7.8 billion passengers will pass through airports in 2036, a near doubling of the four billion that travelled last year.

Airports are therefore under increasing pressure to expand infrastructure and services to meet this unprecedented demand, but a rise in operating costs and national budget cuts have made this increasingly unattainable for the public sector. Cash-strapped governments could therefore privatise airports to increase investment without impacting their national coffers.

Nevertheless, privatisation in certain countries is receiving increased pushback from airline organisations and industry commentators. A recent example is France, which has been positioning itself to sell off stakes in national airport operator ADG, much to the chagrin of political opponents on the right and left. But is this pushback justified?

Where is privatisation taking place?

Privatisation reduces the need for public sector investment, provides access to commercial sectors, and allows airports to diversify services without the fear of government control and interference. In theory, this may lead to increased operational efficiency, as well as create new paid incentives for management and employees.

“Most large Australian airports are now owned by consortiums of private companies.”

Commencing at UK airports in the mid-1980s, privatisation has since become widespread across Europe. Currently more than 50% of European airports have some form of private ownership, with this percentage increasing significantly since 2011.

Most large Australian airports are now owned by consortiums of private companies. Gold Coast Airport, for instance, is arguably an example of a successful privatisation model, having seen almost A$300m of investment since it was taken over by Queensland Airport Limited in 1998.

Many countries are seeking to replicate this success. In May, Japan invited the private sector to submit proposals for the operation and management of seven airports under a 30 to 35-year concession. The country’s transport ministry is attempting to leverage the private sector to promote tourism in the Hokkaido region.

Elsewhere, Brazil is planning to shut down its national airports authority and sell its 54 airports to private companies. It kicked off the ambitious programme last year, raising R$3.72bn through an auction of concessions for four airports. 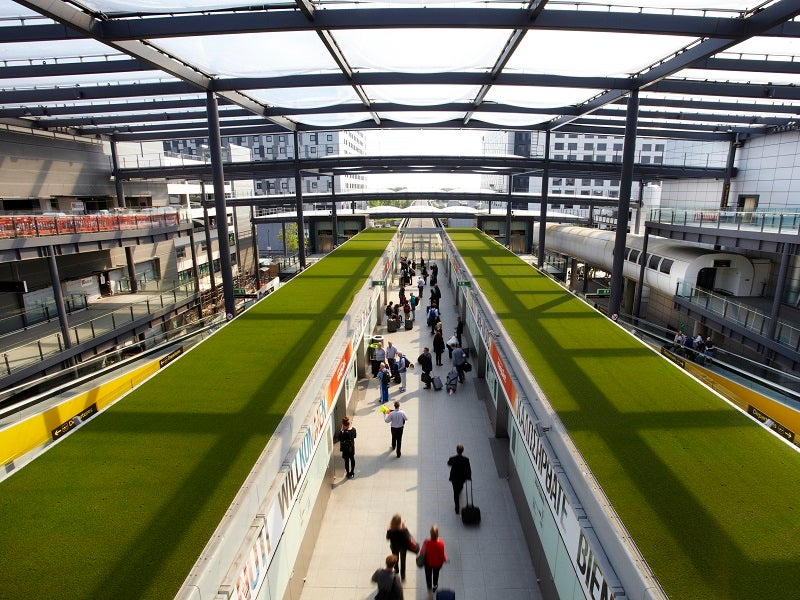 Airports of the future: five areas set for radical change

The risks of airport privatisation

“There has not yet been an example of privatisation that has delivered the promised benefits of greater efficiency for airlines.”

At this year’s IATA general meeting, the organisation’s CEO and director general Alexandre de Juniac urged governments to take a cautious approach. He said that there has not yet been an example of privatisation that has delivered the promised benefits of greater efficiency for airlines, as well as a better experience for customers.

“Our members are very frustrated with the state of privatised airports,” he said. “By all means, invite private sector expertise to bring commercial discipline and a customer service focus to airport management. But our view is that the ownership is best left in public hands.”

IATA carried out research that shows how privatised airports often end up costing passengers more. The argument is that unlike the airline industry – where variety and competition between players drives down prices for consumes – airports can become monopolies, imposing high prices on airlines and passengers alike.

This argument was also put forward by Airlines for Australia and New Zealand (A4ANZ), which released a report in May criticising the country’s regulation for not protecting consumers from higher charges.

“Australian passengers and our economy are paying the price of airport privatisation in the absence of appropriate constraints on monopoly power,” the report said. “More effective regulatory pressure is required to prevent excessive profits by airports and return more value to consumers and the economy.”

This viewpoint was backed by other industry commentators: in March, Lufthansa CEO Casten Spohr said that privatisation of major airports in Europe was a “big mistake”, and that investors may have a role in infrastructure but they are not trying to optimise returns for pension funds.

Nevertheless, not everyone is convinced.

ACI says it is neutral in the privatisation debate. However, in June 2018 the organisation stated that “privatisation has been shown to be a successful means by which to fund infrastructure development, while government spending cannot be relied upon as it has been in the past.”

“40 of the highest revenue earning airport groups are fully or partially privatised.”

ACI estimates that over the past five years, privatised airports invested 14% more in capital expenditure for projects compared to government-operated airports. What’s more, the financial performance of European airports has improved since 2011, with industry return on invested capital increasing from 5.1% to 8.5%.

There has also been scepticism about the notion that privatised airports have significantly bumped up prices for consumers. In response to IATA’s claims that airline charges at EU airports have doubled over the past decade, ACI said that charges at those airports actually increased by just over 25% during that period, and that this was in fact driven by capacity increases and regulatory requirements.

In an article for Airport Business, ACI EUROPE director general Olivier Hankovec argued that IATA’s comments were “self-serving”, and came from an expectation that governments should bear the costs of airport infrastructure so that privatised airlines can boost profits.

While IATA’s concerns are unlikely to stem the flow of privatisation across the world’s airports, they could well incentivise full and partially privatised airports to ensure that they are transparent about how they are improving services. It will be interesting to see whether airports in countries that have yet to be bitten by the privatisation bug, such as the US, will follow suit.