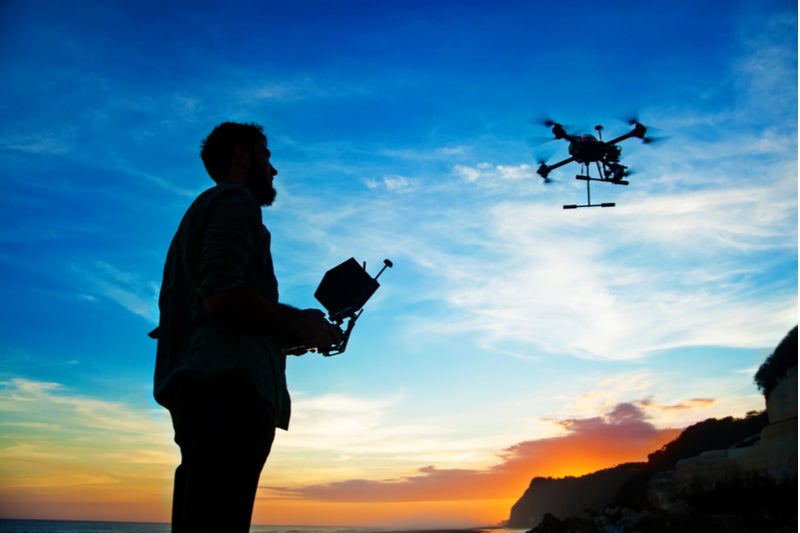 Suspected drone activity closed Dubai International airport for 15 minutes on 22 September and forced two inbound Emirates Airline flights to land at nearby airports. The incident caused the airport to close from 12.36pm to 12.51pm (local time).

The diverted flights returned to Dubai International when the airspace reopened.

A similar incident shut down Dubai International in February this year, and on 11 June 2016, the airport was shut down for over an hour due to unauthorised drone activity.

At the time, the incursion of the light air vehicle into the drone no-fly zone was estimated to have cost the emirate’s economy AED3.7m ($1m) a minute, as more than a dozen flights were diverted to Al-Maktoum International in the Jebel Ali area and the airports in Sharjah and Al-Ain.

It is understood the General Civil Aviation Authority (GCAA) has prohibited flying drones within 5 kilometres of airports and landing areas in the emirate, following a similar incident in April 2015. Apart from Dubai International airport, flying drones is prohibited within 5km of Al-Maktoum International Airport, the Al-Minhad airbase and Palm Jumeirah around Skydive Dubai, according to a local media report.

Reports this week cited a top Houthi rebel in Yemen stating UAE’s “oil facilities and glass cities” were among their targets following the attacks on Saudi Arabia’s oil fields.

The UAE has responded by saying that hitting the tourism and global business hubs would be an attack not only against the UAE but against the world.

UAE is part of the Riyadh-led military coalition fighting the Houthi rebels, which are aligned with Iran.

This article is sourced from Airport Technology sister publication www.meed.com, a leading source of high-value business intelligence and economic analysis about the Middle East and North Africa. To access more MEED content register for the 30-day Free Guest User Programme.