After the UK’s travel corridor with Spain was abruptly abandoned on 27 July, UK travellers quickly turned their attention to Greece in order to avoid the 14-day quarantine when returning home.

Straight off the back of this announcement, operators such as Jet 2 and TUI added extra services to Greece in order to meet and stimulate further demand. Bookings surged as Greece has typically been perceived as a ‘safe’ option over the likes of France and Italy, which have experienced significantly higher mortality rates. However, the country recorded 203 new infections in the 24 hours to Sunday (9 August), the highest daily rise since the start of the outbreak in Greece. The UK Government has already demonstrated how quickly a country can be taken off its quarantine exemption list if its infection rate shows no sign of slowing. If Greece was to be taken off this list, UK traveller confidence may be affected beyond the short-term and operators involved in the supply of travel between the two nations will undoubtedly suffer further losses.

If Greece is swiftly taken off the exemption list, many UK travellers could be having trips cancelled for a second time which may deplete any remaining motivation to travel internationally for the remainder of the year, and potentially in to the coming years if no vaccine is found to curb the spread of Covid-19. According to GlobalData’s most recent Covid-19 recovery survey, 37% of UK travellers stated they will reduce their frequency of international travel in the ‘new normal’, which potentially shows the impact that mass cancellations have had on traveller confidence.

The UK source market is vital for Greece

According to GlobalData, the UK is Greece’s second most valuable source market in terms of visitation, with 3.6 million trips taken in 2019. Tourism generates over a quarter of Greece’s gross domestic product, according to data presented by the Institute of the Greek Tourism Confederation (INSETE) in 2019. 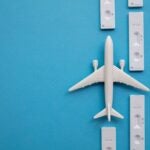 Comment
Testing times come to an end for UK airports 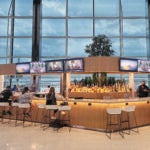 As well as being a top source market for visitation, the UK is a relatively high spending one for Greece. According to GlobalData, the UK was in the top 30 nations globally for average overseas tourism expenditure per resident, spending an average of US$1,476 per international trip. This point illustrates that UK tourism acts as a key economic contributor for Greece and even more so for tourism dependent islands such as Crete or Santorini, which places a greater reliance on high value visitors. A second wave of cancellations due to the FCO advising against all but essential travel will be detrimental for small businesses on these islands as international visitation should now be entering its peak.