Chinese tourism group Fosun has been in negotiations with Thomas Cook over the acquisition of a controlling stake for some time. Just a few weeks ago, the deal seemed a formality; an issue of when, not if.

Now the sands have shifted, and just as clarity is needed, increasing doubt is being cast on the deal as a new investor complicates matters and Fosun speaks of ‘difficulties’ with its own proposal.

Thomas Cook needs a cash injection from somewhere, hence the proposed £750 million Fosun recapitalisation that was confirmed in July.

That announcement was seen as a positive sign, but when the company stated last week (August 13th) that it was seeking a further £150 million, some of that optimism was eroded. 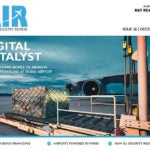 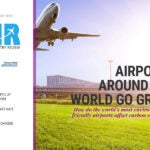 Nonetheless, the industry still believed the Fosun deal was very much likely to happen. It is therefore of some concern that Fosun Tourism Group chairman and CEO Qian Jinnong has hinted there is a chance his company will not be involved in the re-organisation of the British tour operator.

He is reported as saying that the deal ‘involves much difficulty’ at a post-earnings news conference and that “various sides have got their own priorities.”

The proposed deal will result in Fosun owning a controlling stake in the tour operation and a minority interest in the company’s airline. The company sees long-term investment value in these assets and it would still be a surprise if the deal were derailed. However, the waters have certainly been muddied.

One explanation is the entrance of Turkish tourism entrepreneur Neset Kockar, founder of Anex Tourism Group. Earlier this month, Kockar increased his stake in Thomas Cook to 8% and has his own ideas on the best way forward for Thomas Cook.

Kockar views the issues as being managerial rather than financial. He has been quick to dismiss the theory that he is just looking to make a profit through trading shares, stating “if the right steps are taken it’s a great machine which will work efficiently again.”

According to Kockar, a recapitalisation the scale of the Fosun deal is not necessary. Instead, fresh strategic ideas are what are needed. He wants the opportunity to put forward his plans, but an 8% stake in a company whose share price is 8p in reality affords him little influence.

The Fosun deal is still the most likely outcome, but clarity is now a necessity. Holidaymakers do not enjoy dealing with the fallout of an operator collapse when they are thousands of miles from home.

The complications surrounding the Thomas Cook rescue deal offer no reassurance, and the situation must be resolved before holidaymakers turn away en masse.