The top tweeted terms are the trending airline industry discussions happening on Twitter by key individuals (influencers) as tracked by the platform.

A new aircraft order placed by United AirLines, the launch of the first aircraft with Wi-Fi by Delta, and compliance details for the certification of eVTOL aircraft were some of the major discussions that took place in Q2.

Gary Leff, author at the View from the Wing travel blog, shared an article on United Airlines placing an order for 270 narrowbody aircraft including 200 Boeing 737 MAXs and 70 Airbus A321neos. The company is also retrofitting the cabins of its existing narrowbody planes by installing premium seats, seatback entertainment and bigger overhead bins, and seat power. The renovation is expected to be completed by 2025.

Henry Harteveldt, a travel industry analyst, shared Delta’s news on its plans to install high-speed Wi-Fi in 300 aircraft by the end of 2021. The Ka-Band Wi-Fi is powered by ViaSat, a communication company, and is part of Delta’s plans to modernise its onboard experience. It will allow the customers to shop, browse, stream, and connect from any device of their choice while being onboard. The first Viasat-enabled aircraft is a new Airbus A321ceo. Customers can avail the Wi-Fi services by paying an $5 extra per device regardless of their destination. Delta is planning to upgrade its entire mainland fleet with high-speed satellite connectivity by the end of 2022. 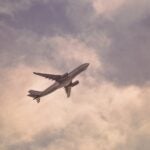 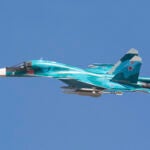 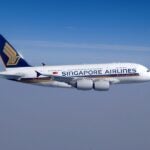 Aircraft was also discussed by Charles Alcock, an aviation journalist, who shared an article on the European Aviation Safety Agency’s (EASA) intention to publish phase two of the means of compliance (MoC) guidelines for special condition-vertical take-off and landing (SC-VTOL) certification. The developers of eVTOL aircraft seeking to get their aircraft certified under the SC-VTOL rules are awaiting the guidelines.

The operational rules for the aircraft, however, are not expected to be confirmed before the first usage of eVTOL aircraft for urban mobility services, according to David Solar, head of EASA’s general aviation and VTOL department. The agency is likely to allow some local exemptions to begin the early operations of the eVTOL aircraft as European aircraft manufacturing companies such as Volocopter and Lilium are aiming to initiate commercial flights by 2023 or 2034.

Airlines recalling pilots and co-pilots as leisure travel rebound, United Airlines resuming pilot hiring, and the problems with flights operating without a co-pilot were some of the major discussions around pilots in the previous quarter.

Robert Wall, tech editor at The Wall Street Journal, shared an article on airline companies recalling pilots and co-pilots due to the rebound in travel following a slowdown of the coronavirus pandemic. Airlines such as American Airlines and Southwest Airlines have noted that leisure travel is rebounding with the arrival of the summer season although business travel is not expected to return any time soon. Federal aid from the government helped Southwest Airlines earn a profit of $116m in the first quarter, which is the first quarterly profit reported by the company after the pandemic severely impacted the travel industry. American Airlines reported a loss of $1.25bn on a revenue of $4bn, which is lower compared to the previous quarter.

Leslie Joseph, airline reporter at CNBC, a provider of business and financial news, shared an article on United Airlines hiring 300 new pilots as the company expects recovery of travel. The process of hiring pilots was halted in 2020 due to the coronavirus crisis. United is the first largescale US-based airline to resume pilot hiring in the country. Higher vaccination rates along with the slowing down of the virus has helped in boosting travel and increased demand for pilots and flight attendants.

Another discussion on pilots was shared by The Points Guy, a travel website, on Hong Kong-based airline Cathay Pacific and aircraft manufacturer Airbus’ plans to explore the operation of long-haul flights with reduced crew to cut costs. The proposal includes two pilots operating the flight instead of three or four leaving a single pilot on the flight deck during the flight. The companies are awaiting EASA’s approval on the proposal. The article pointed out several issues that may arise with having fewer pilots onboard such as sleep inertia of the resting pilot in case of emergency, limitations of the autopilot, and increased probability of errors in decision making.

Airlines are recalling pilots and flight attendants who hadn’t been needed for months as they prepare for what could be a bustling summer https://t.co/nJ7fdJquXK via @WSJ

SWISS International Air Line’s plan to cut 15 aircraft from its fleet, Air Tanzania’s plan to add three new aircraft in its fleet and Qingdao Airline’s full-fleet connectivity plan were some of the topics that were discussed in Q2.

Ben Schlappig, travel blogger at One Mile at a Time, a travel industry news website, shared an article on SWISS’ announcement of removing 15 aircraft from its fleet due to pandemic-induced economic crisis. The 15 aircraft include ten short-haul and five long-haul aircraft, some of which also operate under SWISS’ regional partner Helvetic Airways. The fleet reduction will be carried out gradually over the next three years and will help the company in adjusting to the changing market dynamics apart from achieving CHF500m ($540.65m) in cost savings.

Seth Miller, founder and editor-in-chief at PaxExAero, an aviation website, shared an article on Qingdao Airlines’ plans to deploy high-speed internet connection on its entire fleet. The company has formed an alliance with FTS Xstream™, a technology company, to provide a high-speed satellite inflight system. The technology uses China Satcom’s ChinaSat-16 Ka-HTS satellites to deliver up to 150Mbps speed of internet in the air, which is equivalent to 4G. The trial aircraft with the high-speed connection has completed more than 1,200 flights enabling passengers to perform mobile payments and providing access to maps and social media.

The increase in airport charges at Heathrow airport, extension of mask requirement for planes and airports, and availability of vaccines on arrival at five Alaskan airports, were some of the most discussed topics in the previous quarter.

Simon Calder, a journalist, shared an article on how passengers will have to pay higher airport charges at London’s Heathrow airport from 2022 following a decision taken by Civil Aviation Authority (CAA). The CAA approved a plan to recoup the losses incurred during the coronavirus pandemic by raising airport charges. The International Airlines Group (IAG), a group of airline companies, however, condemned the CAA’s decision stating that passengers are being unfairly penalised. IAG stated that Heathrow is already one of the costliest airport in the world and the increase in charges will burden customers. The organisation added that Heathrow awarded its investors £4bn ($5.47bn) in dividends and is now trying to recoup losses by charging customers.

Leslie Joseph shared an article on the Transport Security Administration (Tsa), an agency of the U.S. Department of Homeland Security, extending the mandatory requirement of masks in planes, buses, trains, and airports. The requirement was to expire on May 11, but has now been extended up to September 13. All travellers above the age of two years are required to wear a mask in public transportation as per a new order issued by the US Centers for Disease Control and Prevention. TSA, however, has given relaxation for the requirement to persons with disabilities.

Airport was also discussed by Gary Leff in an article on Alaska’s offer to provide vaccines on arrival at five airports to boost tourism from June 1. The vaccines will be provided outside the security point at Ketchikan, Fairbanks, Anchorage, and Juneau airports after a five-day-long trial period in Anchorage for state residents. The state is hoping that Americans who have taken the second shot will be more willing to travel to Alaska rather than waiting for the second shot at home. The programme will also ensure the safety of Alaskans and prevent locals hospitals from getting over-crowded.

Heathrow says it's lost £2.6bn due to the Covid pandemic.Britain's biggest airport wants passengers to make up the shortfall.But the CAA called it "disproportionate" and allowed only a small increase (up to 80p)BA's parent company, IAG, is still furioushttps://t.co/deHvgv53bf

Finnair expanding cargo capacity to its A330 aircraft, strong air cargo demand and SriLankan Airlines’ cargo expansion plans were some of the popular topics of Q2 2021.

Seth Miller shared an article on Finnair, the largest airline of Finland, adding cargo conversions to its A330 aircraft in partnership with Lufthansa Technik and Airbus. Finnair is increasing its cargo capacity post-pandemic since passenger travel demand is still depressed due to Covid-19. The company chose the Lufthansa Technik/Airbus solution that enables quick conversion back to carrying passengers with minimal disruptions. The solution enables the capacity of the main deck of A330 aircraft to increase by 15t and 18m3. It includes the removal of seats and installation of PKC pallets and nets.

Further, Jamie Freed, a journalist, shared an article on how air cargo operations are helping the airline industry from recovering from the Covid-19 crisis. Willie Walsh, director general of the International Air Transport Association (IATA), opined that cargo operations will become a major part of airline operations in the future. International travel is gradually returning to normal, but revenue from cargo operations still remains strong accounting for 35% of airline revenue in 2020 compared to 10%-15% before the pandemic, he added.