Many countries have imposed sanctions against Russia in response to its invasion of Ukraine. Russia has retaliated by advising its citizens against travelling to these destinations (although many may not be able to afford to do so, given the rapid increase in air fares in the country). All of this is set to have a negative impact on Russia’s airlines and a global tourism industry still reeling from the impact of the Covid-19 pandemic.

Russians had been making up a larger proportion of tourists in many European, Asian and Middle Eastern countries over the past couple of decades, with some resorts on the Mediterranean basing their economies around visitors from the country. With most European countries imposing sanctions against Russia and therefore becoming off limits to Russian travellers – Zarina Doguzova, head of the federal tourism agency Rostourism, has stated that such trips carry the risk of the travellers being denied a scheduled, safe return to Russia – which national tourism industries are most at risk?

What are the destinations most favoured by Russians?

GlobalData’s Tourism Demands and Flows Database shows that Turkey, China, Kazakhstan, Thailand, the United Arab Emirates (UAE), Spain, Azerbaijan, Ukraine, Georgia and Italy are the top ten destinations in terms of international departures from Russia by number of travellers in 2021, with the modes of transport including air, land, sea and rail. 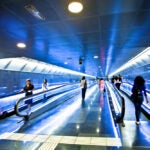 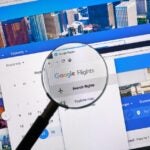 Many of these destinations have imposed sanctions on Russia, but so far Turkey, Egypt, Tunisia, the UAE, China, India and Vietnam have not, meaning they are among the countries that Doguzova has stated are safe for Russian citizens to travel to.

What are the leading countries for outbound Russian tourism by flight capacity?

A long Russian conflict with Ukraine will pose a risk for several destinations that depend on Russian tourists. Data from Mabrian Technologies, a travel intelligence platform for the tourism industry, shows that the top 25 countries for outbound Russian tourism by flight capacity are: Turkey, Ukraine, Uzbekistan, the UAE, Tajikistan, Armenia, Germany, Kyrgyzstan, Belarus, Azerbaijan, Greece, Egypt, Kazakhstan, Cyprus, Moldova, Italy, Hungary, the US, France, Netherlands, the UK, Bulgaria, Spain, India and the Czech Republic.

In a press release, Carlos Cendra, director of sales and marketing at Mabrian Technologies, said: "Turkey and Greece... are among the [destinations] most dependent on the Russian market. It is possible that these countries, in the coming weeks, will have to increase their efforts to attract tourists from other markets, demonstrate greater competition and lower prices to counteract a possible decrease in tourism from Russia.”

Another country that is braced to take a hit to its tourism sector is Cyprus. Michalis Antoniou, the president of the Cyprus Employers and Industrialists Federation, stated in the Cyprus Mail that the closure of Cypriot airspace to Russia will harm the country's tourism sector and any sanctions imposed on Russia will also impact Cyprus’s economy (high levels of Russian foreign direct investment have been channelled through Cyprus).

Indeed, air restrictions are set to have a significant impact on international flights and the tourism industry in several countries across the globe. “A number of destinations, including some countries in Latin America, are no longer available to tourists due to the airspace restrictions of the EU and Canada," said Doguzova. "Such countries include Cuba, Dominican Republic, Mexico and Venezuela."

How have the sanctions impacted airlines?

Soon after the invasion of Ukraine, Canada, the EU, the UK and the US announced that they had banned Russian aircraft from their airspace, with several other countries following suit. Russia responded with a mutual ban for these countries.

Many non-Russian airlines are having to take diversions to avoid flying through Russian airspace, with some European companies cancelling their flights to Asia altogether. Finnish airline Finnair had initially cancelled its flights to Japan, China and South Korea but has since resumed its journeys to Seoul, Tokyo and Shanghai, taking a route avoiding Russian airspace. Its flights to Osaka and Hong Kong are cancelled until late April.

The Russian invasion of Ukraine, along with the sanctions and air restrictions imposed, will inevitably have a large impact on the airline and tourism industry. Both had shown an ability to bounce back from the Covid-19 pandemic, however, and that resilience will need to be called upon once more as the conflict continues.

This article was originally published on Investment Monitor. To read the latest updates on the Ukraine crisis, read our special report.

Sofia Karadima is a senior editor and researcher at Investment Monitor, focusing on financial and business services, and ESG investing. She previously covered institutional investment across private markets for financial news and research provider Acuris. She has reported on private equity, venture capital, private debt and infrastructure, among other topics. Sofia is currently based in London, after living in Chile, Denmark, Spain and Greece.
SUBSCRIBED