The publicly funded air service between Cardiff and Ynys Mon, suspended for two years due to Covid-19, will not be reintroduced. Various factors such as environmental considerations, economic benefits, demand analysis and the impact of the pandemic have informed this decision.

The air service was not the fastest link to Cardiff from north Wales as rail travel has been identified as the faster option. A Holyhead-Cardiff rail service is available for those passengers who need to travel for business between the north and the south of Wales. Around 77% of those using the air service were travelling for work; however, since the pandemic there has been an increase in working from home.

The removal of the Ynys Mon to Cardiff service is the result of an independent study commissioned by the Welsh Government into the carbon impact of this air service on the environment. The service had the most negative impact on the environment when compared with other types of travel between Ynys Mon and Cardiff.

However, at close to full capacity every day the service would have less of a negative impact, but this is unlikely to happen due to less business travel taking place. 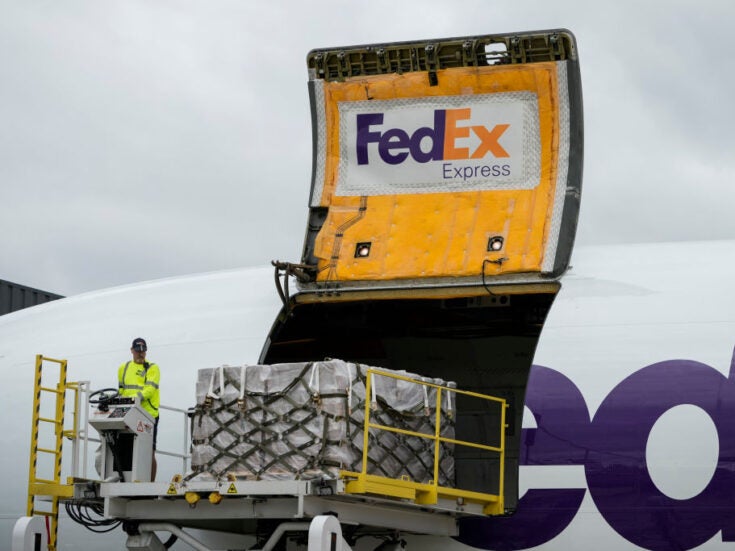 FDI in logistics: The state of play

Lee Waters, Deputy Minister for Climate Change with responsibility for transport, says: “The pandemic has driven huge change to the way people work, with a reduction in business travel over the past few years.

“We don’t think passenger levels will return to a level that makes this service viable economically or environmentally. Instead we will invest the money saved from running the service into improving public transport in north Wales. This will benefit more people and help us reach our Net Zero target by 2050.”

The North Wales Transport Commission has been established by the Welsh Government with the intention of exploring options to build efficient, high-quality connections across Wales and into north Wales.

Waters says: “We need to achieve greater reductions in our emissions in the next decade than we’ve achieved over the course of the last three decades if we are to avert catastrophic climate change. It’s going to an uphill challenge and difficult choices will need to be confronted.”

Up to £2.9m was spent each year to fund the air service, this money will now be invested in improving public transport services focusing on north-south connectivity within the North Wales Metro programme. This includes accelerating the progress of the Holyhead Masterplan which involves a £100m transformation of the Holyhead waterfront.

In addition, the progress of other projects such as Bangor Gateway, Wrexham Gateway, and new station developments at Broughton and Greenfield will also be examined.

The Welsh Government is aiming to run four trains per hour on the North Wales Main Line to provide quicker and faster access to South Wales via rail.

As a result, there will also be a focus on improving rail journey times and service between Holyhead and Cardiff while integrating other sustainable types of travel. In addition, bus service frequency between Caernarfon and Porthmadog could be doubled.

A Welsh Government spokesperson said: “We remain committed to maintaining an aviation capacity in Wales, because of the benefits that it brings to the Welsh economy as a whole, whilst recognising the challenges this creates for meeting our targets on decarbonisation.”

The aviation sector as it stands today contributes 2-3% of global greenhouse gas emissions and it is expected to become one of the highest residual emitters in 2050.

It has been suggested that in order to bring the per passenger aircraft emissions down to the same level as a single occupancy car, which has an average load factor of more than 95%, 28 out of 29 seats available would need to be full on each flight. In 2015, on average, the UK domestic passenger load was 72.5%. As a result of the Covid-19 pandemic and increased working from home, a passenger load of 55% is expected.