Inmarsat has announced its participation in Boeing’s ecoDemonstrator programme where it is trialling its Iris traffic modernisation solution to improve airspace usage, allowing airlines to minimise delays and save fuel, reducing the industry’s carbon footprint.

Trialled on a Boeing aircraft with the collaboration of Alaska Airlines, Iris enables better and faster communications between pilots, operation centres and air traffic controllers. Through the system – which will be initially rolled out in Europe from 2023 – aviation stakeholders can calculate aircraft’s shortest routes, determine flight trajectories and receive digital information such as weather updates.

The trial is part of Boeing’s ecoDemonstrator, a global initiative whose aim is to enhance the sustainability and safety of air travel by testing the industry’s most promising technologies.

“We selected the Iris solution for testing, as it is closely aligned to our own commitment to reduce the environmental impact of modern aircraft,” commented Boeing ecoDemonstrator programme manager Rae Lutters. “We are looking forward to evaluating Iris in a live flying environment and exploring the real-life impact such innovative technology could have when implemented on a global scale.”

We speak to John Broughton, Inmarsat senior vice-president of aircraft operations and safety services and Danny Bharj, Inmarsat aviation technology programmes director about Iris and what benefits the ecoDemonstrator has brought to the project. 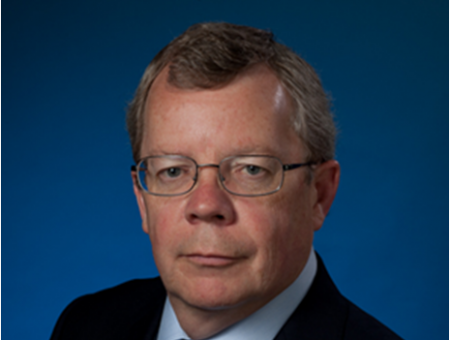 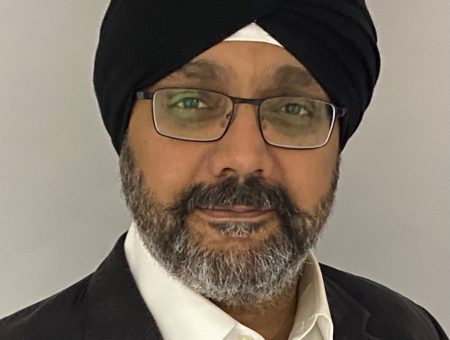 Ilaria Grasso Macola (IGM): What was the rationale behind the development of the Iris traffic modernisation solution?

What the Iris programme is aimed at is bringing satellite communications (satcom) as a communications technology, alongside existing VHF data radios. [We want] to give the industry the capability to do things including allowing aeroplanes to spend less time in the air to reduce delays. We also want to cut the industry’s carbon emissions, which has become a huge focus for the programme in Europe.

JB: At its very core, Iris is based on the satellite communications capability that Inmarsat has deployed since the early 1990s.

Up to now, it has been used for flying future air navigation systems (FANS) routes, where you don’t have the traditional radar for position reporting and VHF radio coverage. What Iris is doing is bringing that same capability and adapting it for some of the special needs of operating in continental airspace, [because] when you’re operating in continental airspace, the latency and communications need to be better than it is in oceanic space.

Security protocols need to be significantly improved for the denser traffic models of continental airspace. These are the two big evolutions in Iris where we’ve taken our satcom solution for oceanic space and adapted it to continental use.

What are Iris’s benefits compared with other air traffic solutions?

JB: The first big benefit is that it’s here, notwithstanding all the other challenges that have come along with a pandemic, and we’ve been able to maintain our momentum on the programme’s development.

The underlying core technology of Iris on the ground side and the aeroplane side, both in terms of satcom and aircraft avionics is that it’s either here or extremely close to being available, so it’s a today solution for a today problem.

Once countries sort out issues of vaccines and quarantines, traffic is going to come back faster than people predict, so the big benefit of Iris is that it’s here and it’s available, compared to other ideas being that are still substantially on paper. The other advantage is that you’re bringing Inmarsat’s 30 plus years of experience operating safety services over satcom.

It’s an existing network and fleet of satellites, all of which are proven technology.

Iris’s enhanced capabilities are a result of the Aeronautical Telecommunication Network using Internet Protocol Suite (IPS). What are they and how do they work?

Danny Bharj (DB): The current Iris system that we’re deploying is using existing technology – mainly OSI and X25. It’s a very old system, but it has proven to be working well and it’s safe and reliable – all key elements when it comes to aviation safety.

Now, the rationale behind moving to Internet Protocol Suite is that IPS is  a new technology – we’re all moving towards IP and the Internet of Things. The IPV6 connectivity models have not been finalised for the aviation industry, and that’s one of the reasons why we’re doing the standards work.

We want to make sure that it’s all validated and tested, and meets all the requirements in terms of performance and latency. What Boeing has done in conjunction with us and other partners, is validate that technology and make sure it works from an end-to-end perspective.

Why did Inmarsat decide to participate in the ecoDemonstrator programme? What benefits does the programme bring to Iris?

JB: On the Iris programme Inmarsat is the lead, but it consists of a substantial range of industrial partners. And both the big airframe original equipment manufacturers are a part of that.

DB: The reasons why we got involved with the ecoDemonstrator are twofold.

The current Iris programme is X25 OSI-based, that’s what’s being deployed in Europe. We know that the FAA will move to IPS at some point in time and things will change. Within the Iris programme we have, we are looking at the development of both technologies, with the OSI network being deployed in Europe while we look at deploying the IPS network.

The rationale for participating in Boeing’s ecoDemonstrator is to ensure that these technologies work coherently together to provide the overall safety of flight requirements – performance, latency and reliability – from an end-to-end perspective.

What we will do is take all the work that’s been done by the ecoDemonstrator and that will be fed back into the ICAO Standards’ work to make the final standards which can then be rolled out to all of industry, and this will then start feeding back into the overall roadmap that the FAA will have. And then eventually, Europe will implement IPS.

In your opinion, are programmes such as ecoDemonstrator the way the industry should move forward if it wants to enhance the sustainability and safety of air travel?

JB: The ecoDemonstrator idea and programme have been a fantastic platform to allow technologies to be lifted out of the lab and trialled.

You can do as much development and as much work in committees as you want, but it’s not until some of these solutions actually get implemented and flown that you really start to shake out the issues associated with them but also see the real benefits.

There is nothing like a demonstration of capability to generate confidence. And I think what ecoDemonstrator programme and Boeing do is a very forward-looking, intelligent way of working.