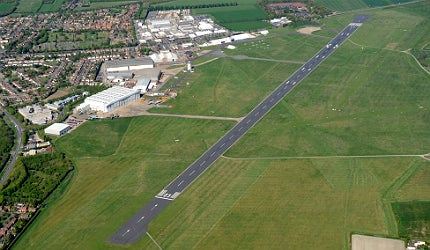 At this point, it’s a well-established fact that one of the biggest issues for the development of onshore wind farms is the potential for turbines to disrupt airport radar. Traditional radar systems struggle to differentiate between the turbines and aircraft passing overhead, a problem that has caused a number of problems between airports and wind farm developers trying to erect turbines in nearby areas.

The UK, with its combination of busy airspace, excellent wind resources and limited space for wind farm development, has been affected by this issue earlier than most, with around two thirds of the country’s wind farm applications in 2010 ensnared to some degree by radar-related objections from the aviation sector.

"Traditional radar systems struggle to differentiate between the turbines and aircraft passing overhead."

In December 2011, Airport Technology discussed this problem with Craig Webster, general manager of Aveillant, a spin-off of UK technology company Cambridge Consultants that has developed a 3D holographic radar system to solve the radar interference problem for good.

"We’re constantly illuminating the area around the wind farm and we’re constantly looking at the whole volume of surveillance all the time," Webster said in December. "We get an awful lot of information from that, and when we have that information, the difference between a turbine and an aircraft is like chalk and cheese."

While our conversation with Webster proved to be a comprehensive look at the issue of radar interference and Aveillant’s proposed solution, nearly a year has passed since then. The company has had a busy 2012, further refining its holographic radar technology and pushing the business forward, with an eye on hitting the UK market in 2013.

Perhaps the year’s most significant development for Aveillant was the announcement last month that it had signed a deal with Cambridge Airport to establish a permanent site for a 3D holographic radar unit, which is due for completion by the end of 2012. The site will allow the company to test the system’s capabilities during a long period of time, tracking aircraft as they fly over the nearby Wadlow Wind Farm.

"Cambridge Airport has only got one wind farm, which very conveniently got built this year for us," says Aveillant’s CEO David Crisp. "But it’s on our doorstep, so we want to deploy there to show our equipment working in anger. We can do long-term testing there and get mean time between failure [MTBF] and other reliability data that customers need."

The bank of data that Aveillant expects to gather from its new Cambridge site will help the company make its case to airport clients when the system is commercially launched next year.

"We want to deploy [at Cambridge Airport] to show our equipment working in anger."

It will also, Crisp hopes, help to define the features that set holographic radar apart from rival systems that also aim to solve the wind farm interference problem. Apart from the temporary solutions that Webster noted in our previous interview, Crisp highlights "high-resolution radar" as another proposed interference killer.

"The problem with that kind of radar is that it’s a scanning radar – it cannot tell the difference between an aircraft and a wind turbine. What they’re trying to do is reduce the size of the problem, reducing the footprint of signal on the radar screen or whatever.

Doubling the range of holographic radar

From a technical perspective, Aveillant has worked to double its system’s effective range from ten to 20 nautical miles. Back in December, the holographic radar’s ten-mile range limitation meant that in some situations, the radar unit would have to be installed at the wind farm rather than the airport, meaning a more complicated planning process and less control for potential airport clients.

"Now we’ve doubled the range of the product to 20 nautical miles, which is roughly speaking the typical safeguarding zone of an airport," says Crisp. "So now what we can do is locate our radar on the airport premises and cover a region 20 nautical miles in a radius around the airport.

"From an airport’s point of view, that’s attractive. First of all, we don’t have to go out and find a site and deal with planning permission and all of that. Secondly, it means our radar station is right there on the airport grounds, so security, data and power issues are taken care of. The airports definitely prefer that solution, because it brings it into their physical domain."

Now that, as Crisp puts it, Aveillant’s radar has reached the point where "it’s real, it’s working and we’re out there playing with it", the company’s main goal is to bring its system to the UK market. The team plans to build further units in 2013 and install them at other demonstration locations.

"Aveillant’s own revenue stream will be coming from the wind industry rather than airports."

The company already has a relationship with Glasgow Prestwick Airport, as it has carried out first-stage design and safety case work for a potential system at the airport, which Crisp hopes will evolve into a full installation. Newcastle Airport is another potential customer that Aveillant is pursuing.

Crisp notes that convincing airports that Aveillant’s system provides a future-proof solution to the wind farm deadlock is the key to holographic radar’s appeal.

"So that’s why we’re ploughing ahead with holographic radar, and getting a working unit out there, and why we anticipate that we’ll [be] deploying further units next year to show the full-scale commercial unit working, at which point the airports can have the confidence to move ahead knowing there’s a solution."

Ultimately, Aveillant and its venture capital investors believe that the underlying radar interference problem is significant enough to sustain a large and profitable market for companies that can provide solutions. The UK, with its heavy investment in onshore wind and its many busy airports, makes a natural first market, but Crisp is confident that countries all over the world are beginning to experience the same problem, with countries such as France and Belgium already passing legislation to control wind farm construction near airports. As wind power becomes a larger part of the global energy mix, Aveillant’s target market will increase exponentially.

But who is going to foot the bill for these new radar systems? In today’s straitened times, airports have little money to spend on new radar units and would argue that, as wind farms are causing the problem, the financial responsibility should rest with wind farm developers. With developers similarly reluctant to pay, Aveillant has come up with an innovative plan that it hopes will satisfy all parties. The company’s strategy is to install its holographic radar technology off its own back, retaining ownership of the units.

"We’ve doubled the product’s range to 20 nautical miles, the typical safeguarding zone of an airport."

"We’re going to provide a turn-key service – we’ll take over interfacing and handling the wind farm planning applications, [the airports] still retain absolute ownership and control over what happens, but we’ll liaise with wind farm developers, we’ll enter into a contract with the wind farm developer to provide clean radar data for the airspace above their wind farm. And then when we install our radar at your airport, we’ll inject that radar data into your primary radar, so your ATCs will see a clean radar screen."

This means that Aveillant’s own revenue stream will be coming from the wind industry rather than airports, and will be for ongoing radar data services rather than a full system purchase. Crisp describes the company’s role as a "neutral intermediary" between the two sectors, removing the radar problem as a planning constraint for wind farm developers, while eliminating the ATC issue for airports.

It’s a bold plan that would see much of the financial burden for the new technology fall on to Aveillant, but if the company can make it work, it could be the key to untangling an ongoing stand-off that has been a persistent problem for airports, as well as a major limitation on one of the UK’s most promising renewable power options.

The issue of radar interference is causing a development deadlock between airport operators and wind farm projects.

A new green taxiing system, being developed by Safran and Honeywell, could help the aviation world cut carbon along with costs.