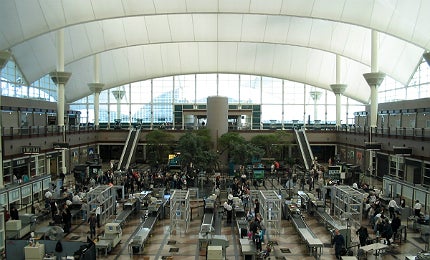 Plans to build a new hub airport in London’s Thames Estuary are gathering momentum. In March, UK-based architectural firm and experienced airport designer Foster + Partners announced that it will submit a proposal to the UK Airports Commission in July 2013 to build a £50bn airport in the area.

The firm’s plans include a four-runway airport on the Isle of Grain in the Thames Estuary, which will have the capacity to handle 150 million passengers per year, as well as scope to expand to six runways.

The main thrust behind the plans for a new airport in the Thames Estuary is the impending capacity crunch that is set to hit UK airports, which are struggling to keep up with demand for new routes and space for extra traffic.

A new report by the Confederation of British Industry (CBI) has warned that unless steps are taken soon, the UK will lag behind European rivals in establishing new direct routes to countries such as Brazil, Russia and China.

The report also warned that without new runways and airports, the UK will fail to compete with more attractive hub airports in Europe. CBI is calling for new airport projects and the expansion of existing air hubs to combat this predicted decline.

In a controversial move that would have been unthinkable just a few years ago, the US Transportation Security Administration has relaxed its rules on prohibited items on US flights.

Coming into effect on 25 April 2013, modified rule will allow passengers to carry small pocket knives with non-locking blades smaller than 2.36-inches and less than 1/2 an inch in width. Passengers will also be allowed to carry small and toy bats, ski poles, hockey sticks, lacrosse sticks, billiard cues and two golf clubs, while the banned list retains razor blades and box cutters, as well as full-size baseball, softball and cricket bats.

TSA spokesman David Castelveter said the decision was made to bring US regulations more in line with International Civil Aviation Organisation standards and the move would assist in offering an improved passenger experience.

However, a number of airlines, flight attendant groups and families of 9/11 victims have criticised the move, citing safety risks and potential confusion over exactly which items are allowed on planes.

But, according to the International Air Transport Association (IATA) and a number of other airline associations, recent proposed regulations designed to lead into SES from 2015 – 2019 just won’t get the job done.

The heads of airline associations including the AEA, EBAA, ELFAA, ERA and IACA said in a joint statement that the new regulations are another example of the failures in building a single sky in Europe.

The project was executed by airport operator Airport International Group (AIG), a consortium comprising of several international, regional and local investors, while Foster + Partners were responsible for the design.

The terminal features seven new contact stands, as well as a temporary remote boarding lounge with six gates, allowing it to handle nine million passengers per year. After further expansion in second phase, the airport will boost its passenger capacity to 12 million per year.

The effects of the US budget sequester at the beginning of March have made themselves known to the country’s air traffic control (ATC) industry. The Federal Aviation Administration (FAA) has been hit with $637m in cuts, forcing the organisation to close 149 ATC towers at smaller airports across 46 states.

Following the move, around 15,000 controllers working under the FAA could face unpaid leave, while overnight shifts are expected to be eliminated at an additional 72 control towers, potentially leading to a drop in the efficiency and safety of takeoff and landing.

The National Air Traffic Controllers Association (NATCA) has criticised the FAA’s decision, claiming that the move will damage the US aviation system and the country itself.

Dallas/Fort Worth (DFW) International Airport in the US has opened the first section of its revamped Terminal A. The project is part of the seven-year, $2.3bn Terminal Renewal and Improvement Project (TRIP) aiming to modernising the airport’s four original terminals.

As part of the ongoing project, the airport is replacing all of the terminal’s building systems, including electrical, plumbing, heating and air conditioning, communications and lifesaving systems.

Features of the redeveloped section of the terminal, which comprises gates A8 through A16, include new and improved facilities for parking, ticketing, security and concessions.

With the approval of Cairns Airport‘s land use plan, the Queensland government in Australia has paved the way for the airport’s 20-year, $1bn redevelopment plan to move forward.

The plan proposes the development an ‘Aviation Economic Precinct’ on the eastern side of the runway to create a diversified revenue stream. The plan also details the construction of a new runway, although the state government said a new runway is not on the immediate horizon.

In February 2013, London’s two main air hubs announced the direction and scope of their investment plans up to 2019.