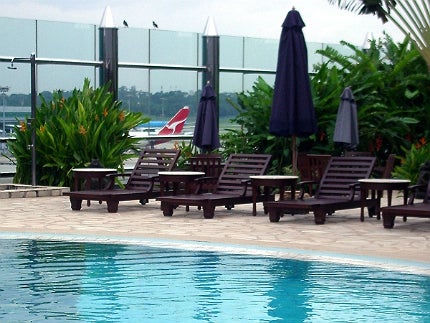 At this point in the history of air travel, the fundamental airport amenities are a ubiquitous sight for passengers: a range of dining options, somewhere to grab a coffee just before boarding and perhaps some duty-free stores to pick up a couple of last-minute gifts.

"Operators are becoming increasingly adventurous in their efforts to engage with travellers."

But as airports continue to strive to open up new revenue streams in a tough economic climate, operators are becoming increasingly adventurous in their efforts to engage with travellers in the empty hours between check-in and take-off. For some, this might be as simple as improving the range of licensed retail outlets available or opening a new in-demand restaurant.

Other airports are taking a more experimental approach. Take Burlington International Airport in the US state of Vermont, for example, which earlier this month joined other US airports in Dallas and San Francisco by opening a yoga room in its main terminal. While some travellers may find the concept of a yoga centre amid the bustle of a busy airport bizarre, others might consider it a temporary sanctuary from the mundane anxieties of air travel.

Initiatives like this are a part of operators’ attempts to make airports memorable and encourage travellers to return more frequently. Here, we take a look at the airports that specialise in going above and beyond. These five air hubs were voted the best in the world for leisure amenities in last year’s World Airport Awards.

A glance through the entertainment options at Singapore Changi Airport makes it easy to understand why it has trumped the competition in the World Airport Awards’ leisure category for the last four years running.

"Changi’s Singapore sightseeing tour is free for passengers with at least five hours to spare."

As well as world-class shopping and dining options, the airport offers a wide array of unique leisure activities.

The airport’s Entertainment Deck offers dedicated spaces for gaming and music, including music video booths, an Xbox Kinect gaming room and a state-of-the-art 4D cinema, among many others.

For travellers looking for a less frenetic experience, the airport also hosts a lounge with live music, hair salons, beauty spas, a range of gardens and even its own swimming pool and Jacuzzi area overlooking the airfield. Perhaps the most enticing option for curious travellers is Changi’s two-hour Singapore sightseeing tour, which is free for passengers with at least five hours to spare before catching their connecting flights.

Amsterdam’s Schiphol Airport is one of Europe’s most acclaimed airports, presenting a range of sophisticated leisure options equal to its standing in the aviation industry. For passengers with more than a few hours to kill, Schiphol is the only location outside of London and New York to host the innovative Yotel brand, which offers small, high-tech hotel rooms for short-stay guests.

The airport has partnered with Amsterdam’s esteemed Rijksmuseum to create the Rijksmuseum Amsterdam Schiphol, a free museum and gallery giving passengers a glimpse of Dutch art and culture (as well as an incentive to visit the real deal in Amsterdam’s city centre). The airport museum houses a permanent exhibition of ten paintings by the Dutch masters, as well as an ever-changing temporary exhibition. Less risk-averse travellers can try their luck at Schiphol’s in-house casino.

"Munich Airport takes advantage of its Oktoberfest heritage with a Bavarian pub that serves beer from its own brewery."

Perhaps prompted by its somewhat isolated location nearly 20 miles outside the city it serves, Munich Airport has developed a wide range of leisure and entertainment attractions, predominantly centred around its Visitors’ Park and the Munich Airport Centre that connects Terminals 1 and 2.

The airport’s tourist attractions allow travellers to explore the history of aviation, with an extensive tour of the airport, free screenings of aviation-related films and the chance to explore famous historic aircraft, such as the Douglas DC-3, the Junkers Ju 52 and the Lockheed L-1049 G Super Constellation. 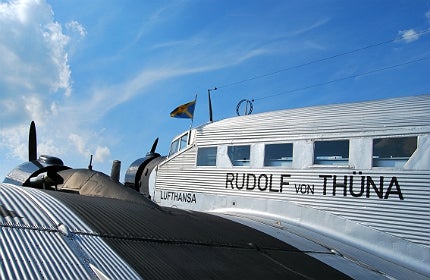 The Visitors’ Park also offers a mini-golf course and takes advantage of Munich’s Oktoberfest heritage with a Bavarian pub that serves beer from its own brewery.

Underneath HKIA’s distinctive domed ceilings lies a wealth of high-tech entertainment options for passengers. The airport’s Aviation Discovery Centre is filled with graphics and information on Hong Kong’s aviation history, including a cockpit simulator. 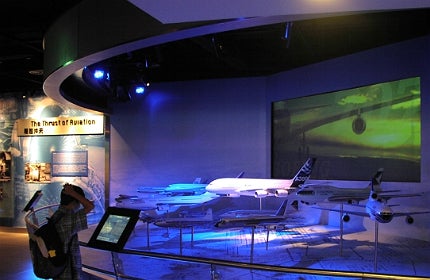 For children, HKIA’s Dream Come True Education Park aims to encourage skill development by presenting real-life tasks, which kids can complete as a team and even dressed in job-appropriate uniforms. Adults can also challenge themselves with the airport’s i-Sports virtual sports simulators, or relax at its IMAX cinema and nine-hole golf course.

South Korea’s Incheon International Airport, overall winner at last year’s World Airport Awards, is another airport that has made up for its comparative isolation from its primary city (it is 32 miles from downtown Seoul) by transforming itself into a destination in its own right. 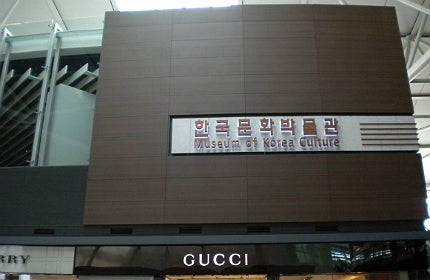 Elsewhere, the airport incorporates a gallery of traditional crafts and the Korean Culture Museum, developed in conjunction with the National Museum of Korea.