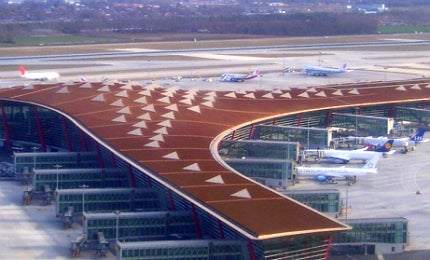 Construction has started on India’s first private international airport. With regulatory approval secured, Chennai-based KGS Group is expecting to complete the airport in Aranmula, southern Kerala, in time for its commercial launch in December 2014.

The airport’s development will be funded with $101m in investments and $238.8m in debt.

The airport, being built on 700 acres of land in the central Travancore belt, will be able to handle large aircraft such as the Airbus A320 and the Boeing 747 and is aiming to service the non-resident Indian demographic, as well as tourists.

With Beijing International Airport struggling to keep up with ever-increasing numbers of passengers, the Chinese Government has approved plans to build a second international airport in the city at an estimated cost of more than $11bn.

The new airport is planned for construction in southern Beijing, incorporating six civilian runways and one dedicated military runway.

Construction will reportedly begin in 2014, with a scheduled launch window of Q4 2018. After completion, the airport will ramp up to an annual capacity of 70 million passengers by 2025.

The new airport, originally proposed in 2008, has not been approved until now because of a disagreement over the distribution of airspace for civil and military use.

Manchester Airports Group (MAG) has added a major new asset to its portfolio with January’s acquisition of Stansted from Heathrow Airport.

Heathrow Airport, formerly BAA, was forced to sell Stansted by the UK Competition Commission as part of a ruling to encourage greater competition between London airports.

MAG won out over two other bidders, Macquarie and Malaysia Airports, to purchase the airport. The company partnered with Australian investment group Industry Funds Management (IFM) to secure Stansted, with IFM now acquiring a 35.5% stake in MAG.

Heavy snow towards the end of January caused inevitable chaos for some of Europe’s most important airports. Heathrow Airport cancelled 179 of 260 grounded flights on Sunday 20 January, while Frankfurt Airport cancelled 424 of its 1,190 total flights and 40% of flights out of airports in Paris were also abandoned.

A Heathrow spokesperson cited low visibility as the major factor in the cancellation of flights. "There is no slack in the system and flights unfortunately have to be cancelled," the spokesperson said.

Elsewhere in the UK, which was hit particularly hard by the snow, Gatwick experienced delays and airports in Birmingham, Cardiff, Bristol and Southampton were forced to close entirely.

TSA to remove body scanners from all US airports

The full body scanner experiment looks to have failed due to passenger privacy concerns, as the US Transportation Security Administration (TSA) recently announced it had ordered all body scanner systems to be removed from US airports.

Rapiscan Systems, the scanner’s manufacturer, failed to meet the TSA’s deadline to upgrade the systems with non-imaging automated target recognition (ATR) software to address these concerns.

The void left by the systems’ removal will be filled by metal detectors and L-3 Communications’ ATR-upgraded advanced imaging millimetre wave systems, which displays the outline of passengers and only highlights suspicious objects.

The first phase of the new Hamad International Airport in Doha, Qatar, has a new opening date of 1 April 2013 after a delay pushed the opening back from December 2012.

The $15.5bn air hub, which is set to replace Doha International Airport, will initially host 12 international airlines before full operations begin later in 2013. At full capacity, the new airport will be able to process around 24 million passengers a year, as well as two million tons of cargo.

Doha International Airport will continue to receive passengers as Hamad makes the transition to full operation. After the new airport takes over its passenger duties, Doha International will be used for other operations by various government agencies, including the air force and the Civil Aviation College.