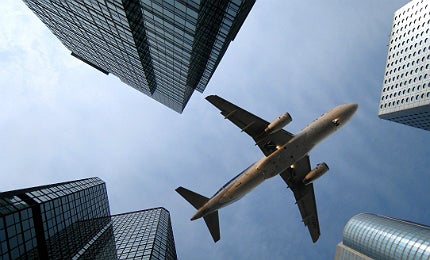 The global aviation industry continues to keep its head above water amid tough economic conditions and high fuel prices, as evidenced by the 2012 worldwide traffic statistics released by the International Air Transport Association (IATA) in February.

The year’s 5.3% passenger traffic rise might not have matched 2011’s 5.9% increase, but it was still above the 20-year average of five percent. Global cargo traffic continues to drop, however – 2012’s 1.5% decline marks the second consecutive year of falling cargo numbers.

The air freight sector’s 45.2% load factor compared poorly with a near-record passenger load factor of 79.1%. As usual, emerging markets such as the Middle East and Latin America were the main drivers of international traffic.

The MoU is intended to foster collaboration between the two organisations on technical air traffic flow management projects to maximise capacity and improve ground operations at a number of airports. NATS will leverage its experience of ATM projects in Singapore and Hong Kong for the partnership.

Summer 2013 will mark the opening of San Diego International Airport‘s biggest-ever construction project, Green Build Terminal 2. The project comprises of ten new gates, a dual-level roadway to separate arriving and departing passengers, extra security lanes, 600 parking spaces and a new ticket lobby. In all, the project will add 470,000ft² to Terminal 2, including a new baggage handling system that is currently undergoing testing.

As the project’s name suggests, the San Diego County Regional Airport Authority has focused on sustainability during the build, and the finished project is aiming for silver certification under the US Green Building Council’s Leadership in Energy and Environmental Design (LEED) green rating scheme. Goals of the project’s design include reduced water and energy consumption, as well as the use of alternative energy sources.

Heathrow, London’s main air hub, intends to invest £3bn between 2014 and 2019 to complete several major projects, foremost among them the new Terminal 2, which is scheduled to open in 2014, as well as early plans to extend the new terminal.

Other major investments in the period include the redevelopment of Heathrow’s baggage handling system and the construction of new taxiways to accommodate the world’s largest aircraft, the Airbus A380.

Days later, London’s second air hub Gatwick Airport announced its own investment proposals for the period up to 2019. Pending clearance from the UK Civil Aviation Authority, the airport will invest £1bn to streamline check-in areas for shorter queuing times, build a new security area in the North Terminal and transform Pier 1 into an expanded two-storey building.

New IT technologies to shape global travel by 2015

The global aviation industry is entering a period of IT revolution that will shape the way passengers experience airports and air travel, according to a new survey published in February by air transport IT company SITA. The survey highlighted four trends that could have a particular effect on passengers and the industry: web and mobile sales, mobile check-in, customer service tied to mobile and social networks, and business intelligence.

"Today’s passengers want more control throughout their journey," said SITA market insight director Nigel Pickford. "They expect transformation in both the kinds of services airlines and airports offer, and the way they communicate with them. At the same time, the industry is investing in business intelligence solutions and collaborating more to increase operational efficiency and improve customer service and loyalty."

With increasingly cluttered airspace, the business of tracking aircraft is becoming more complex as the 21 century progresses, especially in a heavily developed, densely populated country like the UK.

Researchers funded by the UK’s Technology Strategy Board are now looking into the use of digital television signals as another tool for reliable air traffic management (ATM) operations.

The research group, which includes Thales UK, NATS and Roke Manor Research, believes tapping into the UK’s large base of TV transmitters could offer a more reliable ATM infrastructure. Thales UK aerospace business head Marion Broughton said: "Although in its infancy, this innovative application of new technology could reshape the way that air traffic is managed in the future."

The new airport was built to replace the old Mariscal airport, which was surrounded by urban developments and unable to expand.

Construction company Aecom took a share in both the construction of the airport (in a 50-50 joint venture with Andrade Gutierrez Constructores) and its operation; the company holds a 42.3% share in the concessionaire of the airport, Corporacion Quiport, which has the right to operate the airport until 2041. The new airport is set to handle about five million passengers a year, with the annual number expected to rise to 7.5 million passengers by 2030.