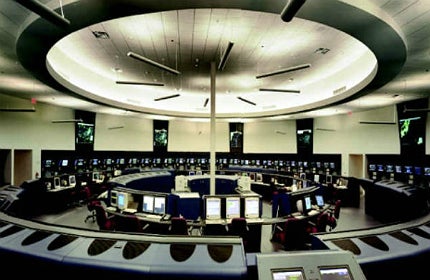 The battle over enforced furloughs for US air traffic controllers may have been won – with Federal Aviation Administration (FAA) and aviation workers’ unions claiming a dubious victory – but the war rages on over the US Government’s $85bn deficit reduction plan, known as sequestration, and the long-term consequences for the commercial aviation industry.

Ordered to slash $637m from its budget in 2013, the FAA reduced the work schedules of nearly all of its 47,000 employees by one day every two weeks.

These periods of mandatory unpaid leave, or furloughs, not only affected air traffic controllers, but also airport tower and radar technicians, resulting in a ten percent reduction in staffing and widespread travel delays across key hubs, including Newark, LaGuardia and Chicago O’Hare.

The FAA responded by going on the offensive with a series of press releases outlining the severity of the cuts. On 25 April, more than 863 system delays at en route and air traffic control (Tracon ) centres across the US were attributed to staff shortages as a result of involuntary leave.

"More than 863 system delays were attributed to staff shortages as a result of involuntary leave."

"In the airline business, you try to eliminate uncertainty," he said. "Some factors you can’t control, like weather. [The FAA issue] is worse than the weather."

Confronted by a defiant FAA and irate air travellers, The White House caved in. The US House of Representatives voted 361 – 41 in favour of a plan passed by the Senate, allowing the FAA to move up to $253m from other accounts to cover key personnel costs.

After 48 hours of chaos, the furloughs ended on 27 April, with staffing at air traffic facilities returning to normal levels two days later.

So, what are the implications for the US economy in general and the commercial aviation industry in particular, and what is being done to minimise future delays and protect passengers?

The ensuing debate surrounding employee furloughs has centred around safety and security issues, the inconvenience caused to business and leisure passengers, and the economic impact of widespread flight delays.

Republican Susan Collins, echoing the prevailing bi-partisan opinion in the US Senate, said the hurry-up legislation would "prevent what otherwise would have been intolerable delays in the air travel system, inconveniencing travellers and hurting the economy".

Unsurprisingly, the three major US aviation workers’ unions – the International Transport Workers’ Federation (ITF ), the National Air Traffic Controllers Association (NATCA) and the Professional Aviation Safety Specialists (Pass ) – saw the outcome somewhat differently, heralding the end of the furloughs as a victory for their members and the American public – and pointed out that a shortage of air traffic controllers and ground control staff could have catastrophic consequences.

"The removal of staff, especially at peak traffic flow periods, would have risked airspace safety, so we are hugely relieved that the concerns we shared with NATCA and others have been acted on and safety has been put ahead of cost-cutting," said ITF general secretary David Cockroft.

PASS reported a number of incidents that it said were a result of the furloughs. In one case, several flights headed for Long Island MacArthur Airport in New York had to be diverted when a glide slope – an instrument system that provides precision guidance to aircraft approaching and landing on a runway – failed.

Towers of strength: ATC closures and the threat to NextGen funding

In March, the FAA announced plans to close a third of federal contract air traffic control (ATC ) towers at smaller airports across 46 states in order to meet sequestration targets.

Around 15,000 controllers could face periods of unpaid leave and overnight shifts are also expected to be eliminated at an additional 72 control towers, leading to reduced efficiency and safety for takeoffs and landings. Federal contract control towers also serve other important functions, such as law enforcement activity, medical transport flights and search and rescue missions.

NATCA president Paul Rinaldi claimed that the closures will reduce the overall margin of safety of the country’s entire aviation system.

"The FAA made a bad situation worse by not utilising a well-thought-out process for evaluating the value of air traffic control towers before ordering their closure," he said.

"Sequestration threatens to delay implementation of the Next Generation Air Traffic Control System (Nextgen ) by a decade or more."

Two weeks later, in the face of multiple legal challenges from airport operators, federal authorities were once again forced to back down – postponing the closures until 15 June – at which point funding will cease for 49 towers, unless airports commit to continue tower operations under a non-federal contract. To date, around 50 airports and stakeholders have expressed an interest in self-funding.

Sequestration also threatens to delay full implementation of the Next Generation Air Traffic Control System (NextGen), currently scheduled for 2025, by a decade or more.

The FAA estimates that by 2018, NextGen will reduce aviation fuel consumption by 1.4 billion gallons, reduce emissions by 14 million tonnes and save $23bn in costs – pulling the plug on funding at this stage would have huge political and financial implications for both the US Government and the FAA.

Holding pattern: the stand-off over sequestration in the US

So, what are the wider repercussions of employee furloughs and sequestration for passengers in terms of safety and further flight delays?

It is important to see the controversy in a wider political context. What began as an exercise in austerity has escalated into a national debate over the merits of sequestration that continues to test the resolve of the US Government in the face of pressure from both sides of the House, the FAA, defiant aviation workers’ unions and disgruntled air travellers.

Referring to the emergency furlough legislation, White House press secretary Jay Carney summed up the administration’s initial stance on sequestration as a retardant to economic recovery.

"Ultimately, this is no more than a temporary Band-Aid that fails to address the overarching threat to our economy posed by the sequester’s mindless, across-the-board cuts," he said.

However, with the US economy growing, unemployment falling and Republicans refusing to countenance new tax increases or defence cuts, President Obama has become less vocal in his criticism of sequestration, accepting, perhaps, that the $1.2 trillion of federal spending cuts outlined in the Budget Control Act of 2011 are a fact of political life during the remainder of his second term.

"The removal of staff, especially at peak traffic flow periods, would have risked airspace safety."

Aviation industry stakeholders see things rather differently. A study by the Aerospace Industries Association and eConsult Corporation estimated that budget cuts to FAA operations as a result of sequestration could cost up to 132,000 aviation jobs, sap $80bn a year from the nation’s GDP and strip almost two billion pounds of freight capacity out of the air cargo system.

"If sequestration is not stopped, it will be by far the most devastating budget cut to the FAA in its 54 years," said former US secretary of transportation and congressman Norman Mineta.

"The FAA is a critical safety organisation that regulates our national air transportation system. Putting it at risk is folly beyond comparison."

The battle lines have been drawn.

The extraction and use of passenger data by airports and airlines is a hotly debated issue.

The Global Military Aviation MRO Market in the US to 2025: Market Brief

The Global Military Aviation MRO Market in the UK to 2025: Market Brief