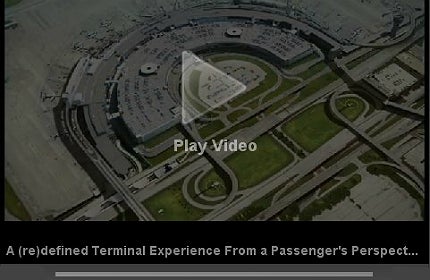 While John F. Kennedy Airport and LAX might stand as the US’s most well-known airports, the country’s immense domestic air travel market is so spacious that its busiest hubs have virtually no global recognition. Dallas/Fort Worth (DFW) International Airport in Texas is a prime example – despite its obscurity outside the US, this seven-runway mega-hub, which offers access to every major city in the continental US within four hours, ranks as the eighth busiest airport in the world in terms of passenger traffic, and fourth busiest by aircraft movements.

"At the end of March, DFW unveiled the first evidence of its work on the project so far – the first phase of the upgraded Terminal A."

The airport is currently in the process of upgrading four of its five terminals under the seven-year, $2.3bn Terminal Renewal and Improvement Program (TRIP), which is intended to overhaul almost every aspect of their operation, including security, ticketing, parking, retail spaces and environmental performance.

At the end of March, DFW unveiled the first evidence of its work on the project so far – the first phase of the upgraded Terminal A.

"Today is a special day for DFW Airport and American Airlines , as we welcome passengers to our greatly improved Terminal A," said DFW’s CEO Jeff Fegan. "With new concessions, reimagined passenger flows, updated finishes and a completely revamped section of Terminal A, DFW Airport is solidifying its place as one of the world’s top airports for customer service, and we stand ready to meet the needs of our passengers for the next 40 years."

The new Terminal A: customer experience

The now-completed first phase of Terminal A features upgrades both large and small, from fundamental design changes and the replacement of all building systems, down to improved signage to make it easier for passengers to find gates and concessions.

"DFW has shaped TRIP around the frequent requests of its customers, which meant a number of specific priorities for Terminal A."

DFW has shaped TRIP around the frequent requests of its customers, which meant a number of specific priorities for Terminal A. Improving parking at the terminal was a particular focus, the result of which is the new, five-storey Terminal A parking facility, which will add nearly 8,000 spaces and replace three existing structures. The facility directs drivers to available spaces with an intuitive lighting system, in which overhead lights above each bay flash different colours to display occupied and unoccupied spaces, as well as available bays for disabled drivers.

The terminal’s retail and restaurant spaces have also been overhauled, with a 50% increase in space allocated to concessions. The opening of the new terminal also lifted the curtain on 18 new concessions outlets covering dining and shopping, with the airport actively seeking new brands to operate within the terminal.

DFW is the world’s largest hub airport for American Airlines , with Terminal A fully occupied by the carrier. Along with general improvements to the terminal, American Airlines has used the project to establish its ‘next generation’ designs for airports, featuring modern aesthetic changes, as well as streamlined check-in and ticketing systems and redesigned services for premium passengers. And it seems all other upgraded American Airlines areas will follow the blueprint set at DFW.

"Today we take another important step forward in our journey toward building a more modern travel experience to better suit the needs of our customers," said American Airlines vice president of real estate, Kevin Cox. "DFW Terminal A / Phase 1 sets the stage for future next generation airport improvements, and will be a tremendous model for us to further refine how we integrate our new look and feel into our airports in the future."

The Terminal A upgrade project is expected to be fully completed by late 2014, but the wider TRIP scheme to renovate terminals A, B, C and E is scheduled to continue until 2017 at the earliest. The airport is aiming to streamline all the basic aspects of the customer experience, from parking and check-in to security and baggage collection.

Along with the host of infrastructure replacement and enhancement works that are ongoing, with work at terminals A and E in full swing, the project is also creating a new rail link to the airport on the Dallas Area Rapid Transit (DART) network. The new airport station will be on DART’s Orange Line, which runs to downtown Dallas. Construction on the airport’s DART station began in October 2011, and the extended line is due to open to the public in 2014.

The process of manoeuvring luggage from the check-in point to the carousel has never been smoother, thanks to new tracking and transfer technologies.