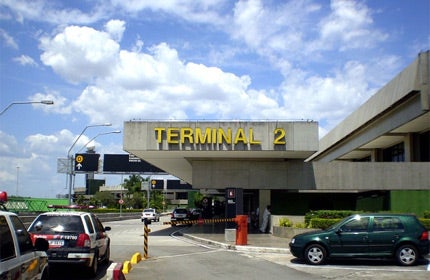 Boosted by the upcoming 2014 World Cup and the 2016 Olympic Games, Brazil’s airports are riding on a construction wave. In order to handle the hundreds of thousands of visitors who are set to travel to the biggest sporting events in the country’s history, terminals will be upgraded, runways extended and tarmac added.

Between 2011 and 2014, state-owned operator Infraero has pledged to invest R$7.1bn ($4bn) to modernise and expand the airport capacity of 12 host cities. But in April last year, 2011, the Institute for Applied Economic Research (Ipea) published a report saying that most of Brazil’s airport improvements would not be ready in time for the start of the World Cup in June 2014.

Improving the airports was, however, a key promise the government made in its winning bid to host the World Cup. Even ahead of the mega-events in 2014 and 2016, the expansion is desperately needed.

Out of the country’s 20 biggest airports, 17 are already operating at full capacity. In 2011, Brazil’s 66 airports handled 180 million passengers, 24 million more than in 2010. Between 2003 and 2010 air traffic increased by 118%, and according to Brazil’s civil-aviation authority ANAC the figures will only be getting higher. 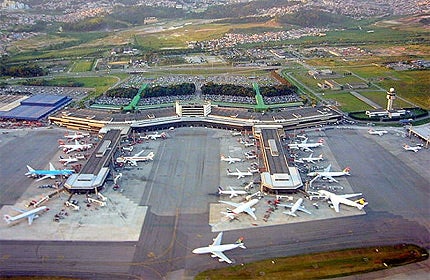 "The scope of work includes expansion of passenger terminals, refurbishment of existing infrastructures and improvement of aprons and runways."

"Infraero’s main challenge lies in offering high-quality infrastructure and comfort for the network’s users, especially taking into account the growing demand experienced by civil aviation in Brazil, a reflex of the positive economic scenario in our country, which has been showing outstanding economic growth rates over the last years," said Infraero’s spokesman Sidrônio Henrique.

According to Henrique, the scope of work includes expansions of passenger terminals, the refurbishment of existing infrastructures and the improvement and expansion of aprons and runways, waving aside allegations that the work is behind schedule: "The airport improvements underway will be enough for the coverage of the estimated civil aviation passenger demand in Brazil for the next few years, including and beyond the World Cup and the Olympic Games," he claimed.

Nevertheless, the government has taken some of the responsibility off the operator’s shoulders and privatised three of the country’s biggest airports in an auction at the beginning of February 2012 – a historic step for the industry. On sale was 51% of a public-private partnership with Infraero. The airports included in the sale were the country’s largest São Paulo-Guarulhos, the third-largest airport Brasília International, and Viracopos-Campinas, currently the ninth-largest facility but with the potential to become South America’s biggest aviation hub.

Winning bids exceeded all expectations and scooped R$24.5bn ($14.2bn), a 347% higher outcome than the auction’s minimum bid levels. At a press conference following the auction, Brazil’s Minister of Civil Aviation Wagner Bittencourt said the high premium obtained verifies the country as a secure and opportune investment. "Brazil is a country where investments are safe and profitable. The 11 consortia that qualified for the auction were assertive in their bids," he said.

They now face the challenge of completing the government’s previously started expansion projects in preparation for the World Cup. Currently, about R$626.5m ($362.5m) is expected to be invested in Brasilia in advance of the event, with construction of a new terminal to cater to two million passengers a year. 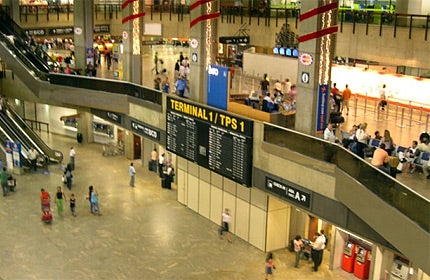 But what has been hailed as a historical step by the Brazilian Government has generated criticism from the industry itself. Some speculate that the price of the auction in February was only so high because the government was dealing with itself. The consortium that won Guarulhos was, for example, led by the pension funds of oil company Petrobas and the country’s biggest bank Banco do Brasil – both of them state-controlled.

Several commentators also said the new operators could be "too young and inexperienced" for running a major airport. A transport debacle, such as those which previously happened during the 1996 Olympic Games in Atlanta or in South Africa’s Durban 2010 World Cup, where six aircraft could not land at the airport because of congestion, would be one of the biggest embarrassments possible for Brazil.

However, the country’s President Dilma Rousseff "has decided that here is no alternative, that without private funds and expertise the airports would remain overcrowded, inadequate and – for a country now priding itself on being a global economic power – a rank embarrassment," as FT Brazil Confidential principal Richard Lapper wrote in a blog post on the Financial Times’ beyondbrics site.

"Brazil is now in a much better position to improve the quality of its lamentably bad airports ahead of the 2014 World Cup," he claimed. More sales are expected to start soon, with two more airports to be auctioned in the near future. 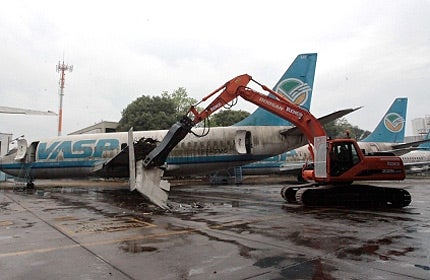 An issue of a completely different scale could develop to one of the biggest obstacles for the progress of the construction works. Over the years, several airlines have been grounded after going bust as victims of the turbulent history of the country’s airline industry.

"The common goal is to remove the aircraft graveyards from Brazil’s airports and free-up space for the infrastructure expansions."

Their planes have been left behind to rot on airport tarmac and hangars throughout the country, including in the 12 World Cup host cities, where they are blocking necessary expansion work.

In Brasilia, several rusting Boeing planes sit where the new terminal is planned, hampering progress. In the city of Manaus, also a World Cup game site, four jets impede the workers trying to double the size of the terminal at Eduardo Gomes International Airport. In São Paulo’s Congonhas domestic airport, a wide area has been occupied with jets and equipment since the 2005 failure of Vasp, one of Brazil’s oldest carriers, which alone left 27 Boeing and Airbus jets decaying.

Now, after more than eight years of letting the jets rot at Brazil’s airports, a federal judge has set up a campaign to finally clear the mess. In 2011, Augusto Marlos Melek assembled the largest judicial authorities and the government and established the Airport Free Space programme. Given the complexity, the high degree of difficulty and bureaucracy in the process, the strategy was to unite authorities rather than leave all responsibility on the Federal Courts.

The common goal is to remove the aircraft graveyards from Brazil’s airports and free-up space for the infrastructure expansions. First successes have already been made: at Guarulhos, around 170,000m2 of airport space was returned to Infraero in 2011, after the successful dismantling of several planes.

"So far, we have removed 11 aircraft in three major airports," said Melek. "Last week [beginning of March] we received the licence to dismantle another 20 planes."

Melek said that already around one hundred processes involving major airport expansions in the run-up to the World Cup in June 2014 have been advanced through the programme. Even though he is not a big football fan, he wants Brazil to be a good host. "We need to improve the space, the organisation and the comfort at our airports to welcome those who will visit us because of the event." 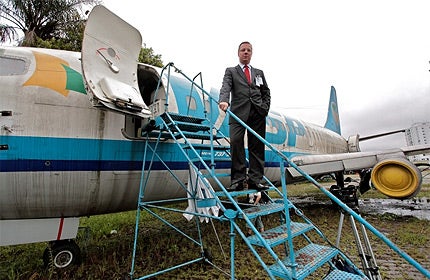 "The government privatised three of the country’s biggest airports in an auction at the beginning of February."

The Airport Free Space programme and, in a wider sense, the expansion as well, will not only help Brazil host the thousands of visitors coming to the World Cup and the Olympic Games, but also have benefits in the long run.

According to European aircraft manufacturer Airbus, the average annual growth of Brazilian air travel will amount to 7% until 2030. The recently privatised airports São Paulo-Guarulhos, Brasília and Viracopos-Campinas will be handling about 30% of the country’s passenger traffic and 57% of its cargo.

Even though the economy was growing slower than expected in 2011, it will profit from improved transport and freight hubs, less bureaucracy and overall also from privatisation, which brings competition to Brazil’s airports.

With competition comes efficiency, better services to travellers and airlines and better fares.

Brazil’s airports are already now bulging at their seams but it seems that privatising plans and programmes, such as Airport Free Space, are steps in the right direction.

Sidrônio Henrique is convinced that the infrastructure expansion will guarantee a strong national integration network in the present and in the future. If that is the case, only time will tell, when it finally comes to the handling of air transport and traffic at the events itself.

São Paulo-Guarulhos International Airport, formerly known as Cumbica Airport, is one of the largest airports in Brazil, spread over an area of 13,774km².

Eduardo Gomes International Airport is one of the biggest airports in Brazil. It is located 14km north of downtown Manaus.

Congonhas International Airport (IATA code CGH) is located in Sao Paulo, Brazil and is currently the third-busiest airport in the world in terms of cargo and freight.