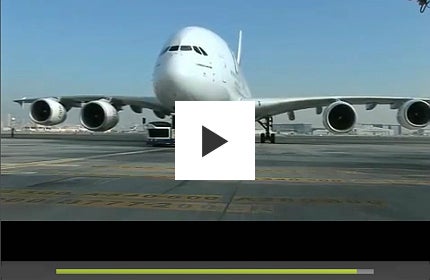 The measure of a first-class baggage-handling system is simple: can bags reach their correct destination as quickly, safely and securely as passengers can?

If the answer is no, then, like a stack of dominoes, an entire airport operation has the potential to fall flat on its face.

Fortunately for travellers and airport operators the world over, airline baggage handling statistics have never been more promising.

The latest annual baggage report from aviation industry technology company SITA shows that in 2011 airlines lost fewer bags than at any other time since SITA’s records began in 2005.

Specifically, 99.1% of all luggage checked in across the globe arrived with their passengers on time during that period, saving the airport transport industry $650m in penalty costs. Baggage improvement programmes, alongside passenger education and employee training, are responsible for these glowing figures.

Between 2008 and 2012, the International Air Transport Association (IATA) helped reduce baggage mishandling by 53.2% after conducting 80 one-to-one visits and working with 120 airport participants on a self-help initiative.

One airport facility that is delivering on these objectives, thanks to its high-speed conveyors and RFID stations, is Terminal 3 at Dubai International Airport.

As the largest building in the world in terms of floor space — stretching across 1.7 million m² — with the capacity to handle 43 million passengers every year, it makes sense that Terminal 3 at Dubai International Airport also has the largest and deepest baggage handling system on the planet.

"Terminal 3 at Dubai International Airport also has the largest and deepest baggage handling system on the planet."

In order to meet a connecting time of no more than 90 minutes, fast baggage throughput is essential at Dubai International’s Terminal 3. With this in mind, Siemens installed 90km of conveyor belts capable of handling 15,000 items per hour at a speed of 27km/h.

To speed up the process even further and provide sufficient space for aircraft operations, the baggage handling system is located five storeys beneath the taxiway; from there smart x-ray machines check to make sure bags are safe for loading, and a tilt-tray system transports items to their correct destinations.

The facility has more than 800 radio frequency identification (RFID) stations that can read and locate luggage labels via antennas rather than barcode systems. Two fully equipped control rooms, operated by Dnata staff, ensure that the system handles unexpected failures.